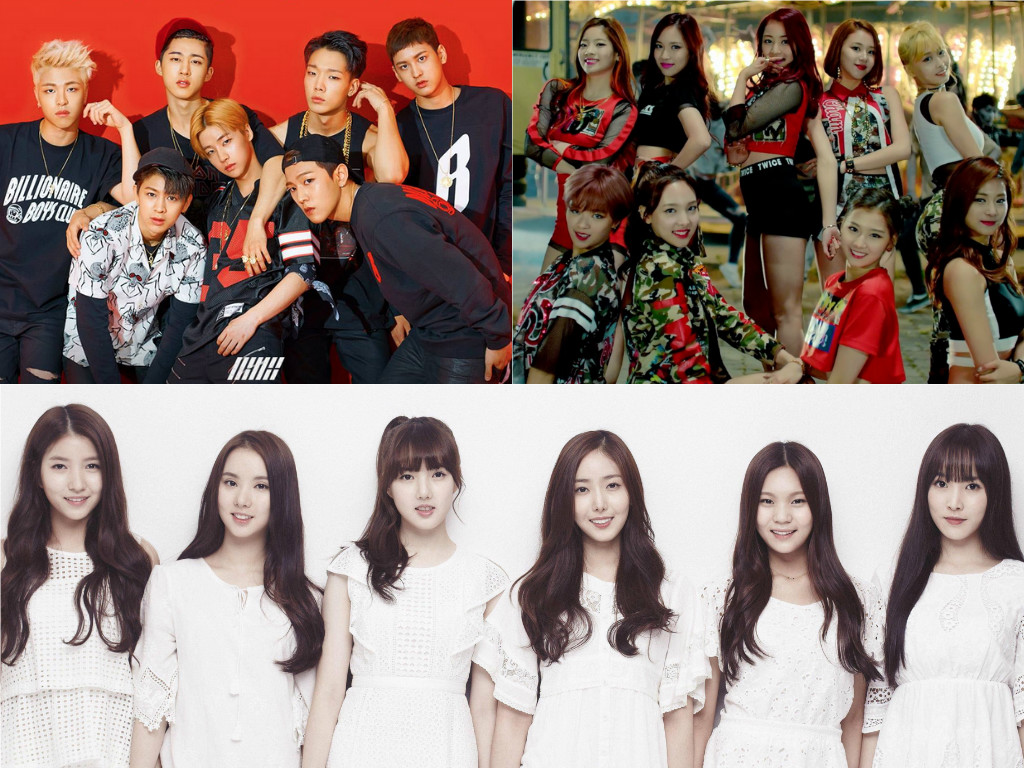 These songs were released last summer, yet they seem to have a permanent place in the music charts. Even when you think they’re finally gone, they seem to rise up the ranks again. They’re becoming known as “long-run” legends for staying on the charts for so long. Covering a wide range of genres and seniority, here are OSEN‘s top five “long-run” songs of 2015.

Even though GFRIEND just released a new mini-album, “SNOWFLAKE” on January 25, “Me Gustas Tu” doesn’t seem to want to fall down the rankings. According to MelOn Chart, at 8 a.m. KST on January 26, this song was still in the Top 30, despite having been released last summer. Their new song, “Rough,” is doing just as well, currently ranking 1st-3rd place across different music platforms.

Last summer saw the success of several tracks from “Show Me The Money 4.” Even amongst these tracks, “Fear” received a lot of love over the last five months, consistently staying up on charts. Although he was not the final winner, Song Mino clearly showcased his strong abilities. We look forward to seeing him again during WINNER’s comeback.

Just as the title suggests, “My Type” seems to be everyone’s “type.” Even though the song was a pre-release before their official debut, it has a lasting effect that has allowed it to stay on the charts for so long. Easy on the ears, this song is a good example of why iKON are called “monster rookies.”

Though the seasons have changed, this song’s power clearly has no end. Four months have passed since its release, but “Love Again” has consistently stayed in the Top 20, according to MelOn Chart. Even when pitted against his juniors, Lim Chang Jung still stands his own. It’s clear to see why Lim Chang Jung is a living legend.

Receiving much attention even before their official debut, TWICE appeared on the music scene with an unforgettable song. Upon the release of its release, “Like OOH-AAH” received much love, with its melody that seems to get stuck in your head. Its popularity seems to only increase with time, even seeing a revival on music charts. According to music charts on January 25, this song is still in the Top 10.

What songs do you remember the most from 2015? Which ones do you think should also be considered “long-run” songs?