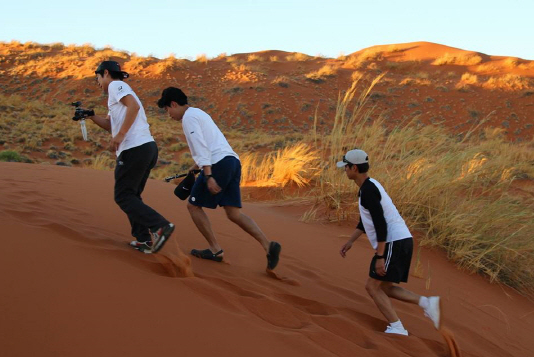 While it was announced that Ryu Jun Yeol, Park Bo Gum, Ko Kyung Pyo, and Ahn Jae Hong are currently in Africa filming “Youth Over Flowers,” a traveler recently spotted the four and updated their statuses with pictures. 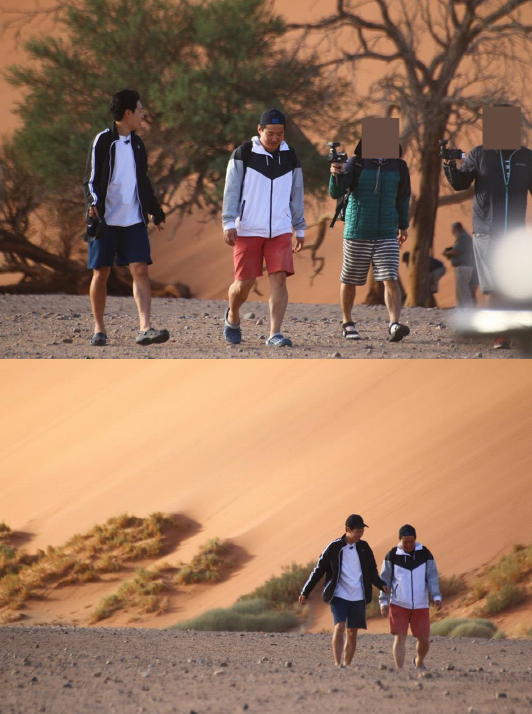 On January 26, a traveler named Lee Kwang Joo uploaded photos of them on his Facebook and commented, “I was really surprised and glad to meet the ‘Youth Over Flowers’ team. They greeted and even shook hands with me. I thought that would be the end of meeting them, but I saw them again the next morning at Dune 45. We greeted each other one more time. I wonder how this episode will come out.” 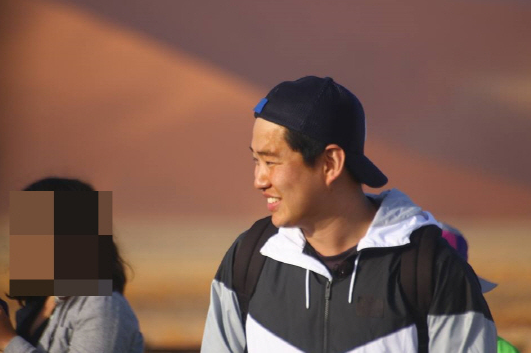 In the revealed photos, the boys are seen walking in a desert in Namibia. They keep smiles on their faces despite being tired. 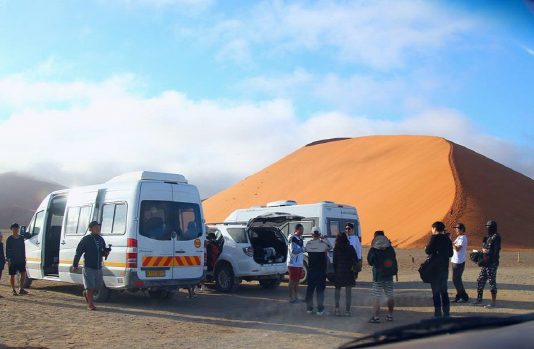