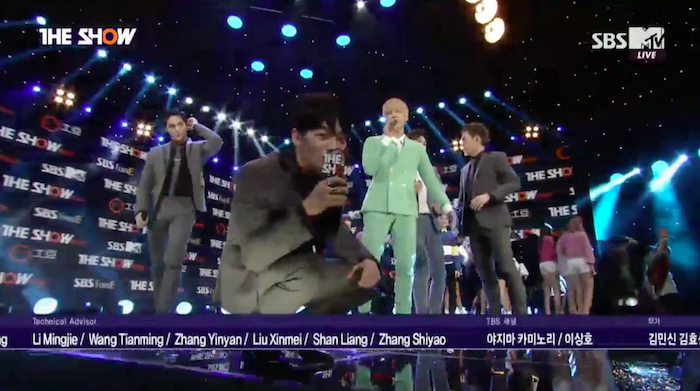 After staging an awesome comeback performance on this week’s “The Show,” Teen Top took home the first place trophy for their new track “Warning Sign”!

January 26’s episode of SBS MTV’s “The Show” was the premiere of its fifth season, and featured special MCs Changjo and Chunji from Teen Top along with GFRIEND’s Yerin.

Teen Top were up against Stellar and Cross Gene for first place, and live votes from both Korean and Chinese viewers and pre-show scores put them in the top spot.

The show also included performances from artists such as Dal Shabet, Stellar, GFRIEND, and many more. Check out the performances below!

The Legend – “Crush on You”

Congratulations to Teen Top on their win!