Han Seung Yeon has posted a letter to her fans on Instagram after it was recently announced that she has signed a contract with JWIDE-Company following the disbandment of KARA.

Her letter reads as follows:

“Everyone, it’s been a long time. It’s me, Han Seung Yeon.

I’ve been wondering how to say this, and I’ve kept writing and then erasing what I wrote, but now that the company has been decided upon I’m giving you the news. I’m sorry it’s late.

I joined DSP Media when I was 19 years old, and now that I’m leaving after ten years there it feels very strange, difficult, and scary. You must feel the same.

Since I debuted at the age of 20, along with my fellow members I’ve received so much love from the fans, and we helped heal each other’s wounds. Those past nine years we’ve spent together are precious memories that I will keep for the rest of my life.

Now I am embarking on making new beautiful memories and experiences with my fans together at a new company. We have never been separated, turned on each other, or said goodbye before. I believe that you, we, and I know that better than anyone else. I’m so sorry that you’ve been hurt by the things that the world says, but from now on I’ll work hard to enjoy things together with you. I’ll also meet with you more often and think a lot about how I can show you myself in more fields in the future.

In this moment too, I am so grateful to my members, my team, and all of you who have worried together with me.

It’s been such a busy 9 years.

I think that despite that, I’ve been able to get to this point because of all of your love during that time. I want to embark on this together with you, and just be healthy and have things go smoothly, just as it’s been up until now. 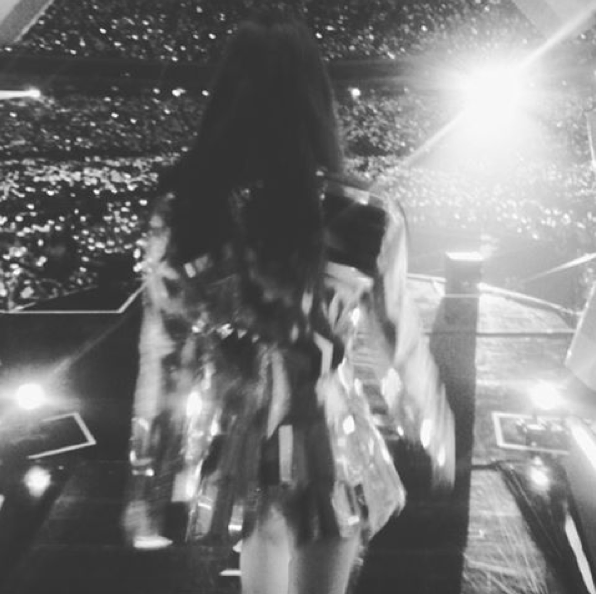