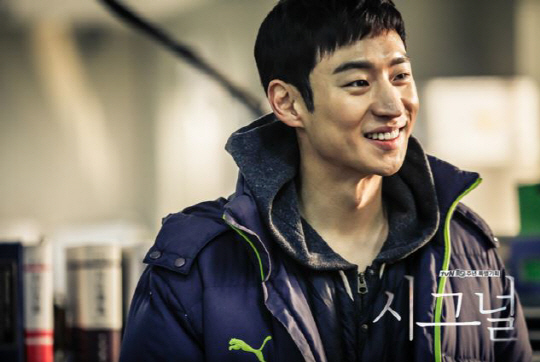 Lee Je Hoon’s agency has defended the actor after recent criticism of his acting in the drama “Signal.”

The new tvN drama has so far aired only two episodes, and has already become a hit among viewers and critics alike for its story, directing, and the performances of most of its cast. However, some viewers have criticized Lee Je Hoon’s acting, with some commenting that he seems to be performing for the stage instead of a drama and so his acting doesn’t seem to fit with that of his co-stars. In addition, other viewers have criticized his pronunciation.

These criticisms come as a surprise to many, since the actor has been lauded for his performances in films such as “Bleak Night,” “Architecture 101,” and “Ghost Sweepers,” as well as dramas such as “Secret Door.”

A representative from Lee Je Hoon’s agency Saram Entertainment told Sports Chosun on January 26, “Because of the unique nature of dramas in the detective genre, not only does Lee Je Hoon use a lot of vocabulary that is not normally used in daily life, he also has a lot more lines than other characters. It seems that might make it seem awkward.”

The representative goes on to say, “The character, tone, and style of Lee Je Hoon’s character Park Hae Young were all decided upon through discussion and the sharing of ideas between the actor, director, and staff. The director and production team were all satisfied on set.”

“The performance will seem more realistic in the future. Please watch and see for yourself,” they add.

Lee Je Hoon stars alongside Kim Hye Soo and Jo Jin Woong in “Signal,” which airs on Thursdays and Fridays on tvN.

Have you been watching “Signal”? What do you think of Lee Je Hoon’s performance so far?

Signal
Lee Je Hoon
How does this article make you feel?