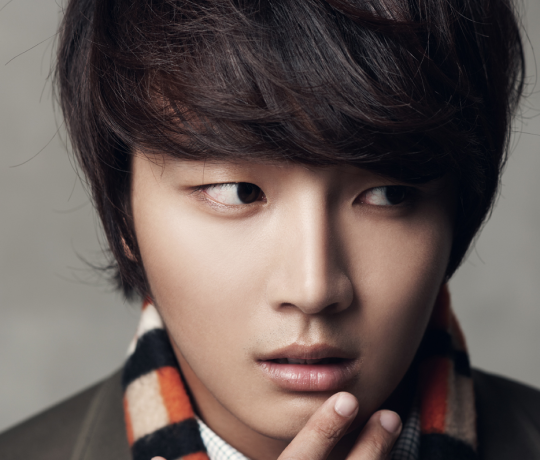 On January 27, actor Yoon Shi Yoon attended his discharge ceremony from the mandatory military service in the Marine Corps.

He was asked which girl group gave him strength during his military service. He responded, “I personally like MAMAMOO” and started singing their song “Um Oh Ah Yeh.”

About his post-military project, he commented, “I think I’ll work on a drama first. I’ll be wherever I’m wanted and where all of you want me to be. I’ll choose what the fans want over what I want.”

When Yoon Shi Yoon was asked whom he would like to work with, he said, “I want to work with actress Kim Sun Ah.”

Yoon Shi Yoon had joined the Marine Corps on April 28, 2014 to fulfill his mandatory military service. He was discharged after about a year and nine months of service.

Yoon Shi Yoon debuted in 2009 on MBC’s sitcom “High Kick Through The Roof.” Other dramas he appeared on are KBS 2TV’s “King of Baking, Kim Tak Goo,” “The Prime Minister Is Dating” (also known as “Prime Minister and I”), and tvN’s “Flower Boy Next Door.” His future project has not yet been determined.