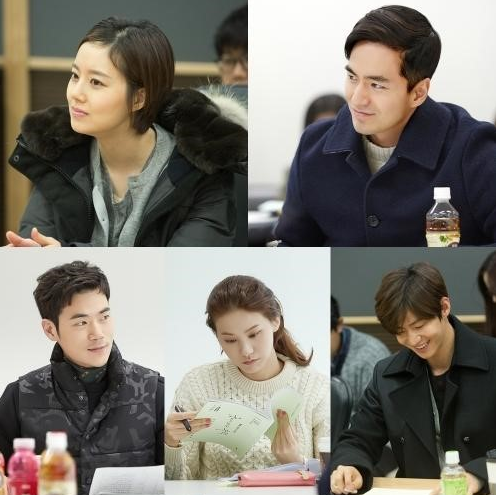 Much anticipation is rising for the upcoming drama “Goodbye Mr. Black” as the staff teases the audience with photos of its script reading meet-up. 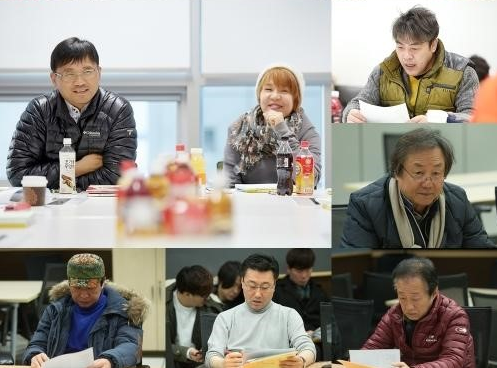 Before they began, everyone shared their New Year greetings with each other. As they started reading, all the staff and actors became serious and focused solely on their script and plot line.

Moon Chae Won will be playing the role of Swan, a woman who was abandoned at a waste dump at a young age and lived through hardships. Her actions are rough, but she is very outgoing, free, and bright.

This is Moon Chae Won’s comeback to the small screen after three years. Many viewers are looking forward to her role, especially since she has cut off her long hair and is maintaining a pixie haircut for her character.

Lee Jin Wook will be playing the role of Cha Ji Won (Black), a Navy Seal who is betrayed by his best friend and plans to get revenge.

During the script reading, Lee Jin Wook and Moon Chae Won continued to glance at each other to build their upcoming love line.