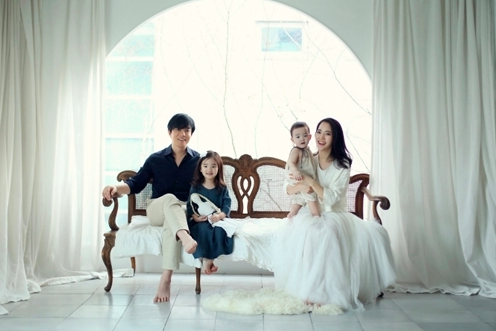 It has been revealed that actor Lee Beom Soo, his wife Lee Yoon Jin, and their two children will join the cast of “The Return of Superman.”

Their participation in the show comes following the announcement that Song Il Gook and his triplets will be leaving the show in February. On the casting, Lee Beom Soo said, “One night I came home late and went to bed, and when I woke up, my son was stroking my face. We can never return to moments like these, the moments as our children are growing up. I don’t want to lose these precious moments.”

Lee Beom Soo and his children, six-year-old daughter So Eul and three-year-old son Da Eul, are due to begin filming for the show in late January, and their first episode will air in early February.

Are you caught up on “The Return of Superman”? If not, don’t miss one of your last chances to see the triplets before they go!

The Return of Superman
Lee Beom Soo
How does this article make you feel?