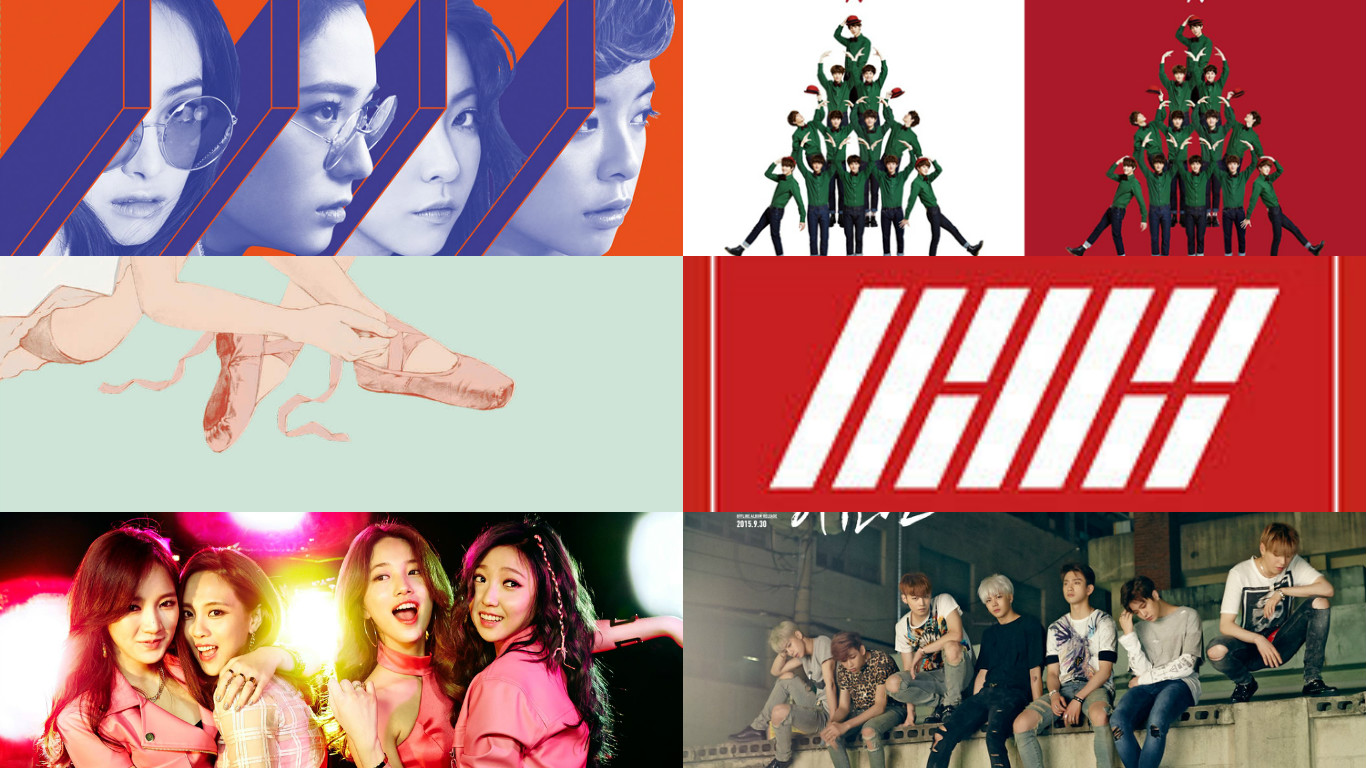 SM Entertainment, YG Entertainment, and JYP Entertainment, sometimes referred to as the “Big Three” entertainment agencies in South Korea, have all been honored by the German-based iF Design Awards, one of the three major design awards in the world.

Referred to as the Oscars of the designing world and chosen by the International Forum Design, the iF Design Awards are given to products in various categories such as electronics, lifestyle, interior design, and packaging. The other two major international design awards are known as the Red Dot Design Awards and the U.S.-based IDEA Design Awards. 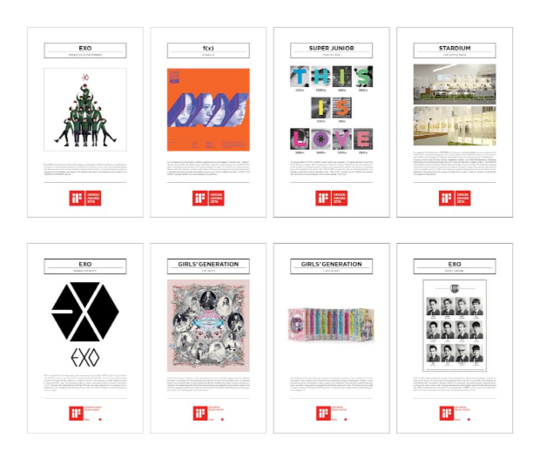 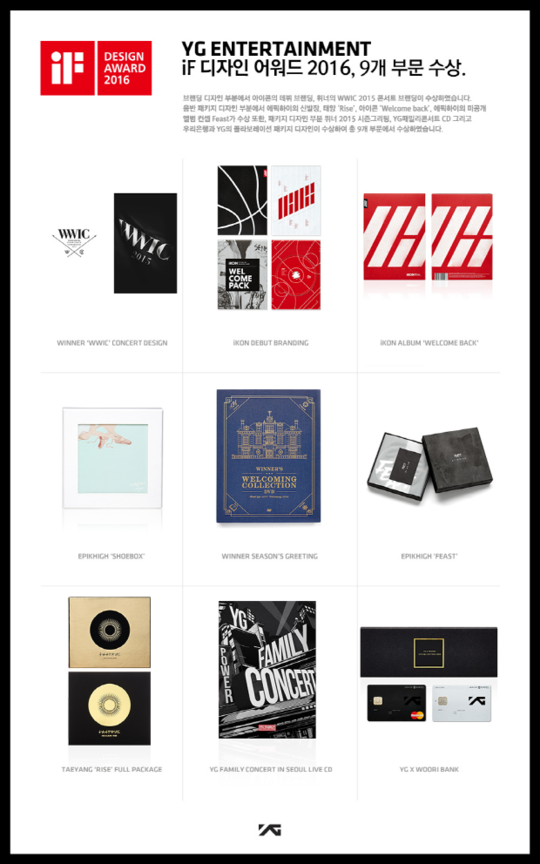 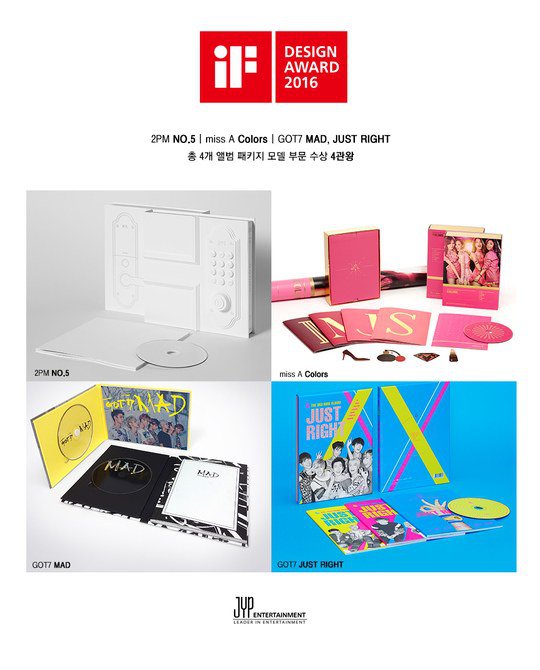 JYP Entertainment took home four awards for album packaging, honoring miss A’s “Colors,” 2PM’s “No. 5,” and GOT7’s “Just Right and “Mad.” A representative from the agency said, “It’s an honor to receive an award from the Oscars of the design world. We are happy that the efforts of our design team have been acknowledged internationally and we will work harder in 2016.”