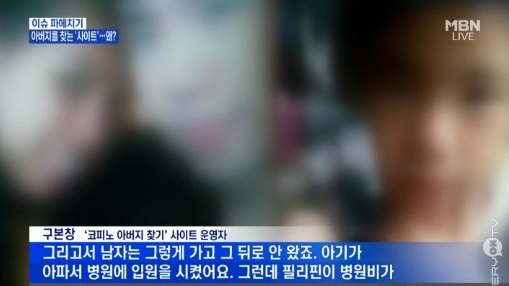 On January 26, one Seoul newspaper released an exclusive report that Goo Bon Chang, the creator of the controversial Kopino fathers blog that revealed the identities of those Korean fathers who abandoned their children has been sued for defamation and violation of personal portrait rights.

Goo Bon Chang created the blog last year, publishing a list of Korean fathers who abandoned their Kopino (Korean-Filipino) children that was originally on his personal blog since June 10, 2015, updated with information that he received from the mothers of these Kopino children.

The list of these fathers revealed their names and pictures, and if a father chooses to contact Goo Bon Chang, he agrees to remove the respective father’s name and picture from the list.

Goo Bon Chang explains there has been an effect since he released this list. He elaborates that in the last six months, there have been 32 Korean fathers who have contacted him.

However, there is also a controversy with the release of the fathers’ pictures and personal information, the argument being that it is a violation of portrait rights.

In fact, on January 16, one Kopino father submitted an accusation against Goo Bon Chang to the prosecution for violation of said portrait rights and defamation.

Goo Bon Chang replied, “If the portrait rights of a father who has abandoned his child is more important than the child’s right to live, a child who only wishes to find his father, then it isn’t a problem even worth mentioning it to me.”

What are your thoughts on this newest development?

Kopino
Goo Bon Chang
How does this article make you feel?