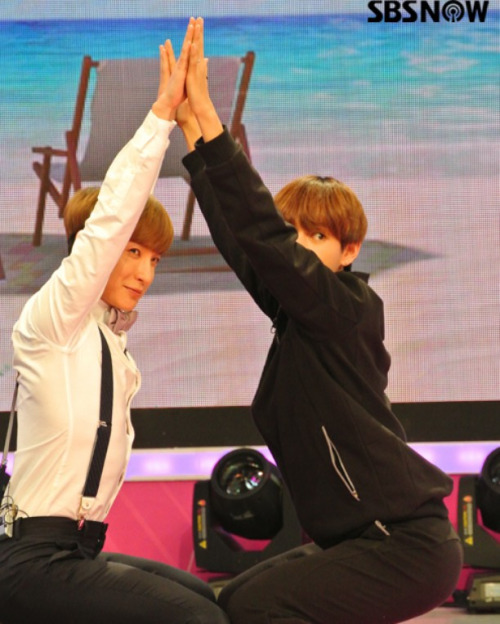 Looks like there’s a new bromance to ship in the K-pop world!

On January 28, Super Junior’s Leeteuk uploaded a snapshot of his conversation with BTS’s V on his Instagram account. Along with the screenshot he wrote, “BTS V’s sudden message.. keke Everyone fighting!!^^ V~ Let’s work hard and promote!!^^ But the hamster also looks like you.. kekeke.”

First, V sends Leeteuk a photo of an adorable hamster and writes, “Hyung, present. He looks like you.”

Leeteuk responds, “Kekekekekekekekeke. I was surprised with your random, unexpected [message].”

V explains, “I suddenly thought of you. [It’s] slightly chubby and cute. He looks like you.” Then he continues, “Whenever I see you I think you must feel really tired, but you never show it. I learn from seeing you always work hard at everything. Fighting always. I will support you. I will go back to work now.”

Then Leeteuk answers, “Thanks!!! Fighting!!!”

It appears as though the two got close through appearing on SBS’s “Star King” together.

Super Junior
BTS
Leeteuk
V
How does this article make you feel?