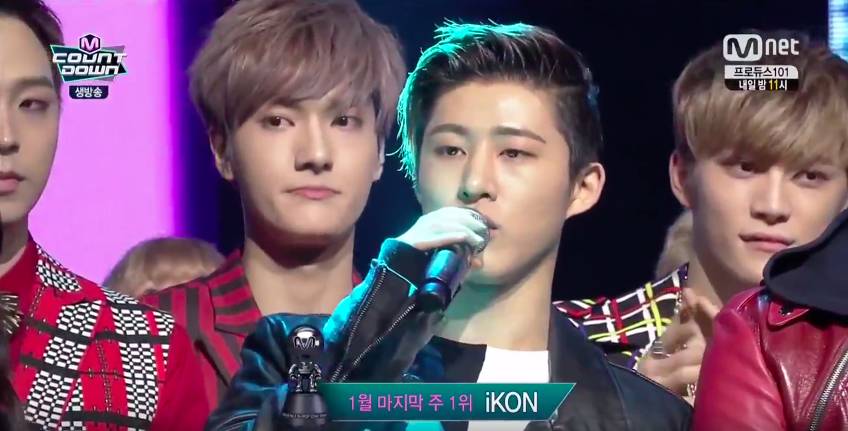 iKON Wins With “Dumb and Dumber” on “M!Countdown” + Performances by Ryeowook, GFRIEND, Yezi and More

iKON has taken home the first place title on the January 28 broadcast of Mnet‘s “M!Countdown” with “Dumb and Dumber.”

The boys of iKON were up against Teen Top for the win this week. The win was made even more special, as today was the group’s last promotional stage for “Dumb and Dumber.” iKON made a point of thanking their fans, saying that the reason they’ve made it this far was because of the fans.

Other notable performances tonight were debut stages by Super Junior‘s Ryeowook, IMFACT, and FIESTAR‘s Yezi, as well as stages from GFRIEND, Shin Hye Sung, Stellar, and many more!

Congratulations to iKON for the win! Check out the performances from the show below.

The Legend – Crush on You