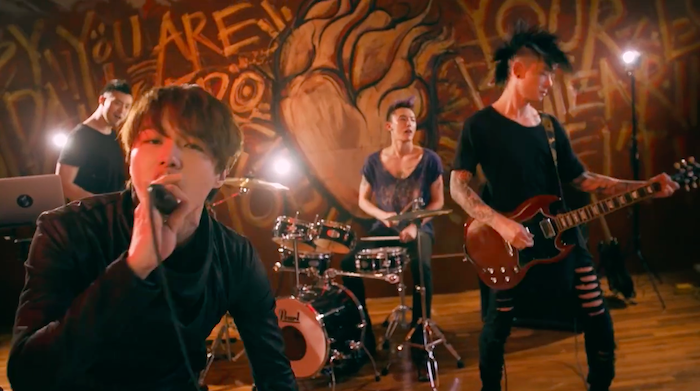 Royal Pirates Rocks Out in Music Video for “Dangerous”

On January 29 at midnight KST, the band uploaded a music video for the track “Dangerous” off their mini album “3.3,” which was released last November and features the title track “Run Away.” The mini album was produced by Jung Jae Yoon of the R&B group Solid, and all six tracks were written by the guys themselves.

“Dangerous” gives the members the chance to show off a more rebellious side, as they rock out with a punk-inspired look and let it all out while head-banging to the track’s powerful finale. Check out the music video below!

What do you think of the video for “Dangerous”?

Support the artist by buying Royal Pirates - EP Album Vol. 3 - 3.3 from YesAsia
Royal Pirates
How does this article make you feel?