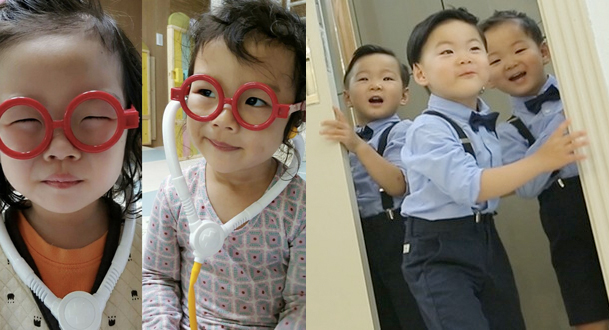 Watch: Seol Ah and Soo Ah Have an Adorable Way of Watching the Song Triplets

On January 28, their mother Lee Soo Jin posted a video of the two adorable girls to Instagram that shows them sitting side by side in their younger brother Daebak’s car in front of a projection screen. On the big screen is none other than a scene featuring Daehan, Minguk, Manse, and their dad Song Il Gook from an episode of “The Return of Superman.”

Lee Soo Jin writes as the caption to the video, “A drive-in theater with Pororo, riding in the car they borrowed from Daebak.”

Catch up with Seol Ah, Soo Ah, and the Song triplets in the latest episode of “The Return of Superman” below!

What does your set up look like when you watch your favorite shows?