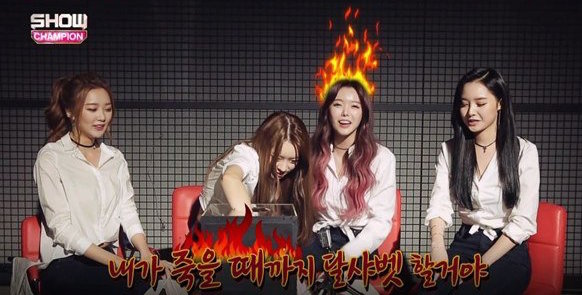 On the last episode of “Show Champion,” girl group Dal Shabet participates in a special corner where the members read out mean comments that have been written about them on the Internet.

The comments range from “Their makeup is too strong. They all look average,” to “None of them can sing.”

Specific members were also called out, including Serri and Subin, but they were unfazed and maintained their cheerful attitudes. 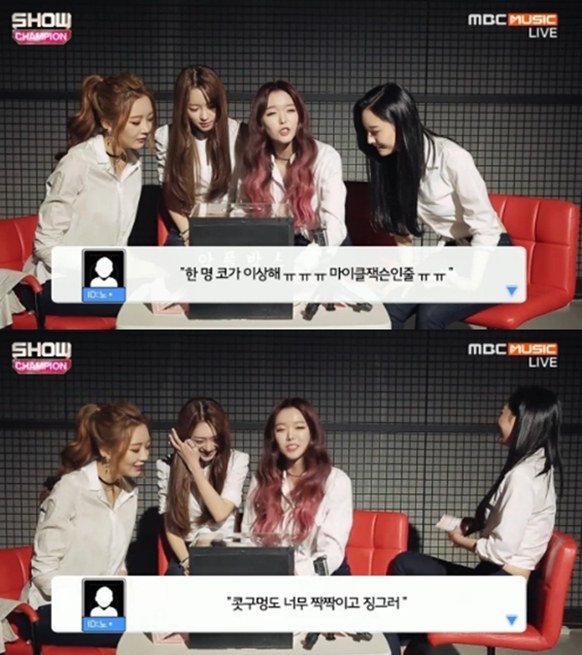 Despite comments like “Serri is really ugly. She should leave the group” and “One of the member’s nose is weird – thought she was Michael Jackson. Her nostrils are so mismatched that it’s gross,” Serri responds with humor and grace, insisting that it’s an honor to be compared to pop king Michael Jackson. “I’m glad [the comment about my nostrils] came up because I’ve been wanting to address it. My nostrils are just naturally like that,” Serri says. 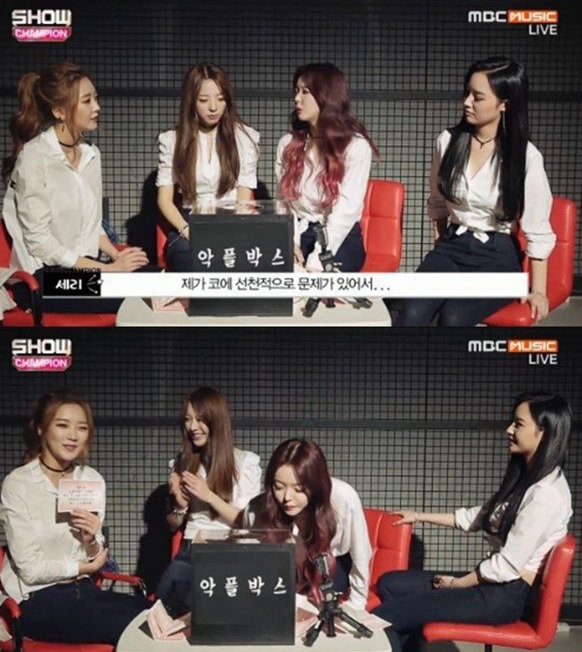 In response to the comment, “I don’t even know who Dal Shabet is,” the members sweetly introduced themselves one by one, with Serri making sure to introduce herself as “Mismatched Nostrils Serri.”

Shout out to Dal Shabet for being good sports and maintaining a positive attitude, but hopefully haters will now think twice before posting malicious comments on the Internet! Idols are human beings too.

What are your thoughts about Dal Shabet doing this?

Dal Shabet
Show Champion
How does this article make you feel?