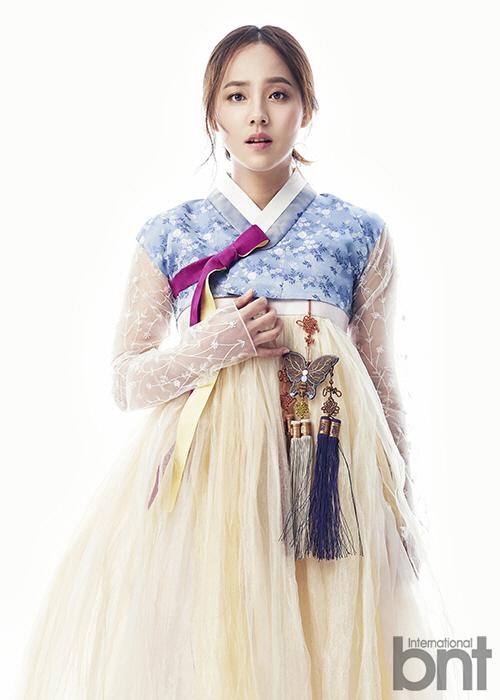 Eugene proves that she’s a multiplayer, juggling the roles of happy wife, new mother, and actress. 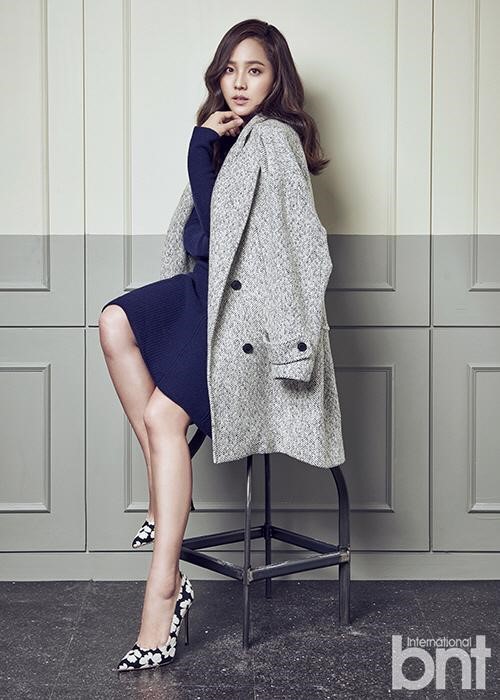 In her pictorial for International bnt, she lives up to her nickname of “eternal fairy,” a moniker that has carried over from her past in girl group S.E.S. In the photo shoot, she channels a variety of looks, from a traditional hanbok to an elegant, ultra-modern wool coat. She also shows off her bohemian charms in a flower print dress and exudes some tough love in an all-black leather ensemble. 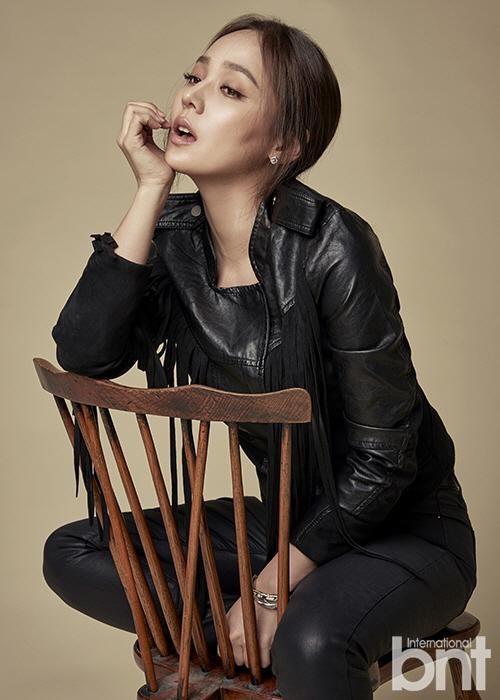 When asked about working for four years as a beauty mentor on “Get It Beauty,” she says honestly, “My back hurt a lot from filming all day in high heels. I left the show when my husband and I started planning to have a baby, but I still watch it with a fond heart.”

Eugene recently won an award at the 2015 KBS Drama Awards for her work in “All About My Mom.” “I first considered the role because the ‘Loving You’ director contacted me,” she says. “I decided to do it because the story of a mother and daughter really appealed to me.” 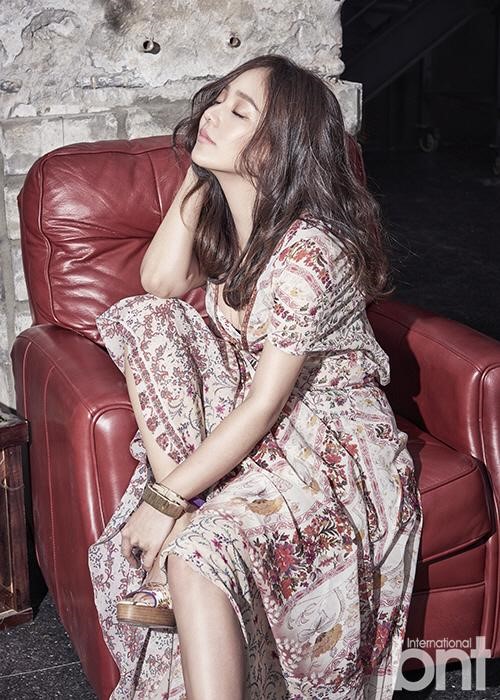 She also spoke up about her husband, actor Ki Tae Young, who has recently joined the cast of “The Return of Superman.” “On the set of ‘Creating Destiny,’ we weren’t close,” she shares. “There were no opportunities to get close. After the filming wrapped up, we started exchanging messages and talking late into the night.” The two actors met while filming the drama “Creating Destiny.”

“For the proposal, he prepared a song he wrote himself,” she reminisces. “When we first started dating, we fought a lot but now he apologizes first.”

International bnt
Eugene
Ki Tae Young
How does this article make you feel?