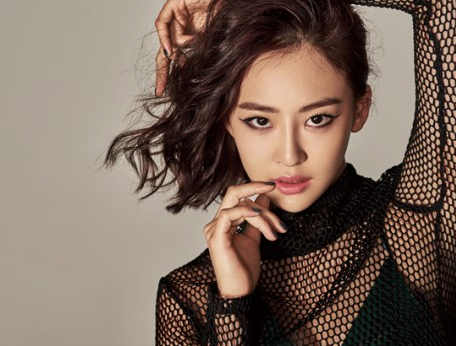 SISTAR’s Dasom Talks About Her Passion for Movies

SISTAR‘s Dasom recently concluded an interview with Cine21 discussing her recent movie “Like a French Film” and her passion for film.

In the interview, she shares how she was first offered the role in the film by director Shin Yeon Shik. The director first heard about her intense dedication to acting through rumors and offered an audition. When they met in person, Dasom was able to convince the director through her passionate conviction.

“Movies have always been my dream,” says Dasom. She would watch many different classics since she was little, watching as many as two movies a day. “I am very sensitive to beautiful things and am easily swayed by emotions. Movies with their scenes, music, and narrations are an art. That is how I was swept by movies and that is when I ambiguously decided that I wanted to be a movie,” explains Dasom. “Of course you can’t ‘become a movie,’ so I decided to work in the film business,” she says while laughing.

Dasom then talks about how she first became a member of SISTAR before going on to acting. Although she originally wanted to start acting, she was told to become a singer first and acting could come later. “In the end, if I wasn’t a part of SISTAR, my dreams of becoming an actress would’ve taken much longer. Without SISTAR I am nothing and for that, I am very thankful,” says Dasom.

Further into the interview, Dasom discusses the struggles she faces as an idol actress. She explains, “There is a stereotype that idol actresses earn roles without much effort. If you want to break that stereotype, you have to work very hard. I realized that the only thing I could do to prove my sincerity is to work hard at acting.”

Dasom
SISTAR
How does this article make you feel?