“Produce 101” revealed its top 11 most popular contestants by vote during its second broadcast on January 29. The vote was conducted through a nation-wide voting process that ranked all 101 contestants on the program. The current top 11 have gained the most attention.

The many prominent celebrities, contestants, and companies participating in this project are gathering much interest in “Produce 101.” Actor Jang Geun Suk, former After School member Kahi, Brown Eyed Girls‘ JeA, and “Unpretty Rapstar‘s” Cheetah are some of the celebrities featured on the show. Actor Kim Soo Hyun‘s half sister Kim Joo Na, JYJ Junsu‘s cousin Kim Tae Ha, former T-ara member Dani, and former F-ve Dolls member Heo Chanmi are some of the contestants. Other prominent companies participating in the event include DSP Media, Starship,Cube, Loen Entertainment, and more. 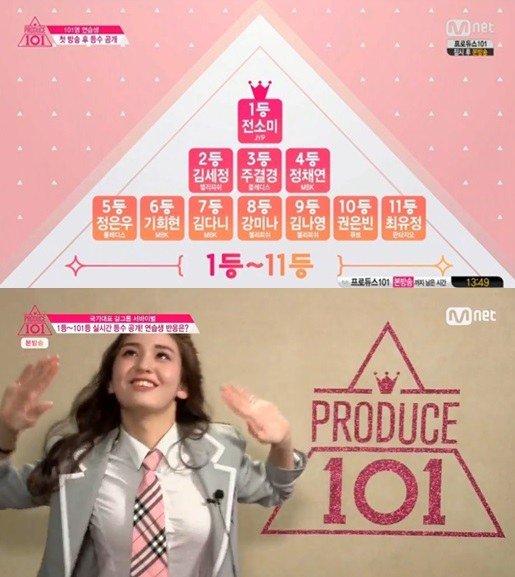