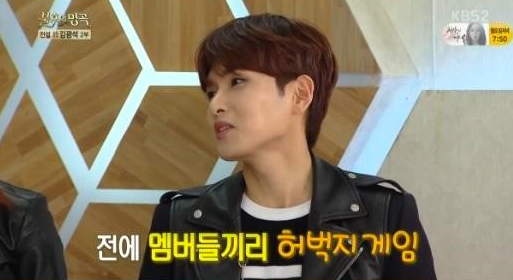 When talking about strength in Super Junior, most usually think of Choi Siwon or Kangin. However, on the January 30 episode of KBS‘s “Immortal Song,” Ryeowook revealed that he used to have the strongest thighs in Super Junior.

The topic came up when Yoon Min Soo said that he’d heard Ryeowook had an unexpected side to him. “I heard that your thighs are the strongest out of all the Super Junior members.” 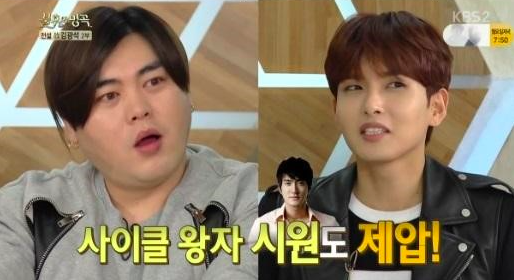 Ryeowook replied, “When I was at my peak physical shape, I could even beat Choi Siwon in thigh wrestling.” The MCs then suggested that he have a match against 2AM‘s Changmin, but Ryeowook unfortunately lost both rounds.

Meanwhile, this week’s episode was the second part of a special tribute to the late Kim Kwang Seok. “Immortal Song” airs every Saturday at 6:05 p.m. KST.

Super Junior
Ryeowook
Immortal Songs
How does this article make you feel?