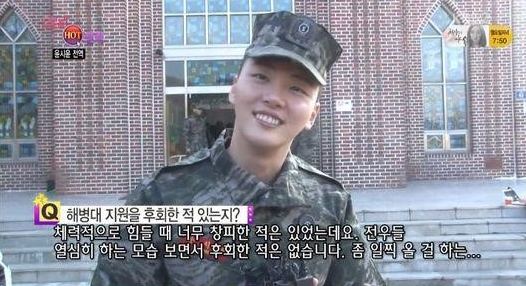 Actor Yoon Shi Yoon says he is completely satisfied with his decision to join the intense Marine Corps.

The recently discharged star shares about his military experience on the January 30 episode of KBS2TV’s “Entertainment Weekly.”

When asked if he has any regrets about becoming a marine, the actor says, “There were times when I felt embarrassed for being physically exhausted. But seeing my fellow soldiers working hard, I never regretted my decision [to join the Marine Corps],” and laughs, “I kind of wish I entered the army earlier.” 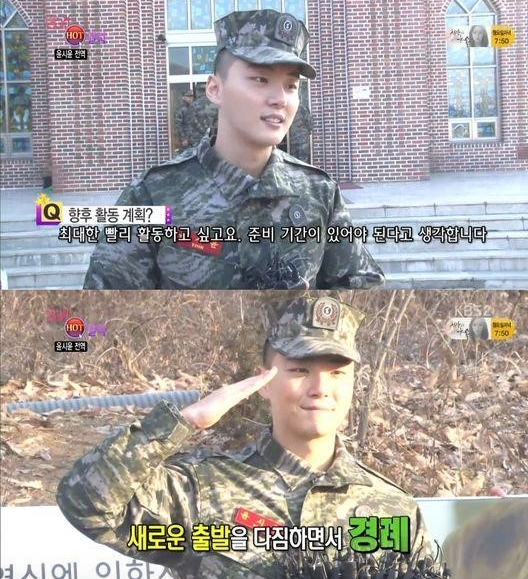 Fresh out of the military, he reveals what he wants to do the most, “I would love to eat something tasty with my friends and family,” and added that he plans to start acting as soon as possible.

The actor also recently shared which girl group gave him energy while in the army.

Meanwhile, Yoon Shi Yoon was discharged on January 27 after completing his mandatory military service. Many are now curious about his next career step.

Entertainment Weekly
Yoon Shi Yoon
How does this article make you feel?