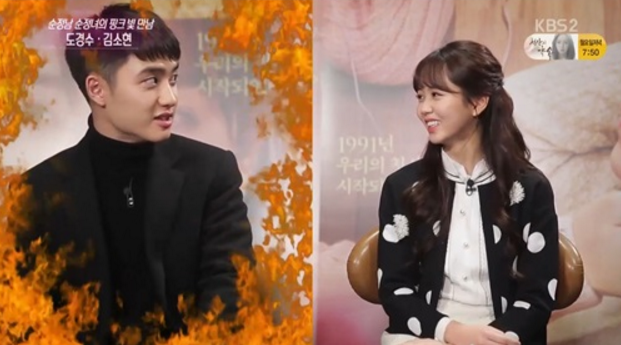 Kim So Hyun Teases D.O by Revealing None of Her Friends Are Fans of EXO

On the January 30 broadcast of KBS2TV’s “Entertainment Weekly,” actress Kim So Hyun shares her honest thoughts on acting with idol star EXO‘s D.O in the film “Pure Love.”

The young actress reveals that she knew relatively little about D.O before the movie. “I knew that he was a member of EXO. I was also impressed by his portrayal of a psychopath in the drama ‘I Remember You.'” 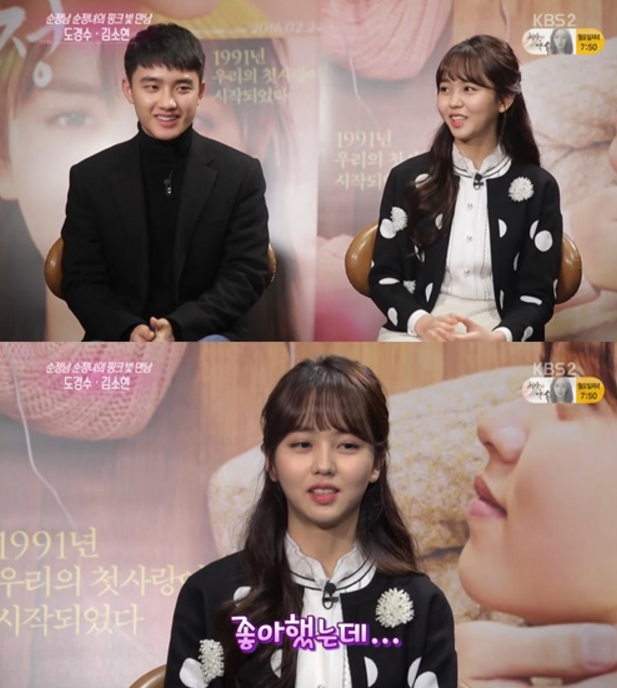 When asked how her friends reacted upon hearing that she’ll be working with D.O, Kim So Hyun says, “They were happy about it.”

She then confesses, laughing, “But none of my friends are fans of EXO.” 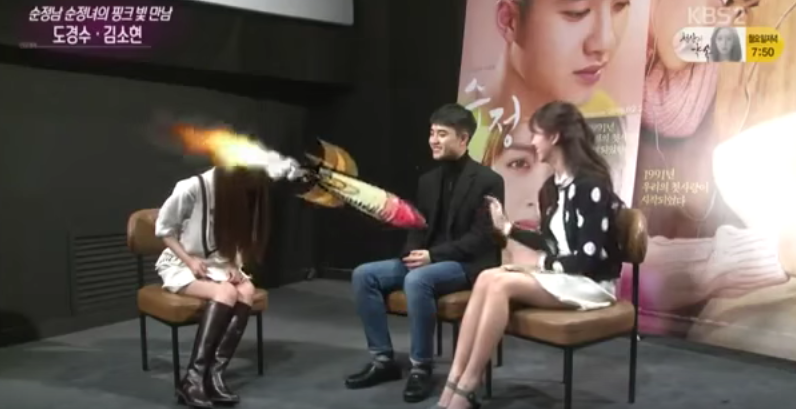 Slightly taken aback by Kim So Hyun’s frankness, D.O goes on to playfully ask her, “You have friends?”

Kim So Hyun finally adds that her friends might not be fans of EXO, but they certainly appreciate talent. “My friends had only good things to say about D.O. They praised his acting, and told me that they are looking forward to ‘Pure Love.'”