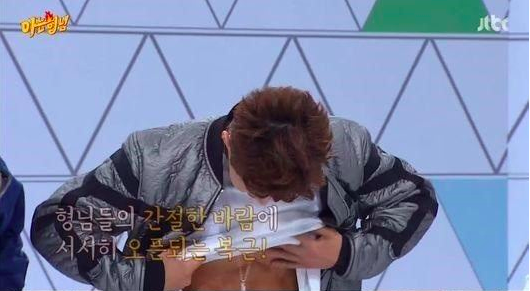 Watch: Henry Shows off His “King Abs” on “Ask Us Anything”

On the January 30 episode of JTBC‘s “Ask Us Anything,” Super Junior-M member Henry shows off his rock-solid abs.

Host Kang Ho Dong explains that Henry has been on a strict diet and exercise regimen for about a month due to a photo shoot. The other guests ask Henry to show them his abs, though at first he refuses out of embarrassment. 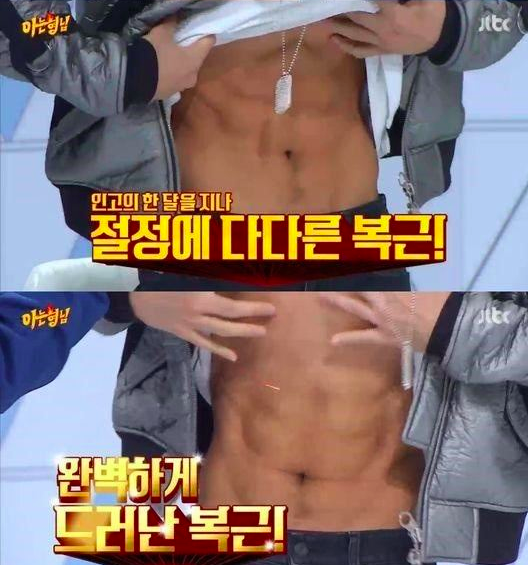 Lee Soo Geun chimes in, “We’re all over 40, so it’d be gross if we showed our stomachs. Just show your abs already.” Henry finally gives in and lifts his shirt, showing off what the others call “king abs” because they seem to form the Chinese character for the word “king.”

Check out Henry’s amazing abs in the clip below!