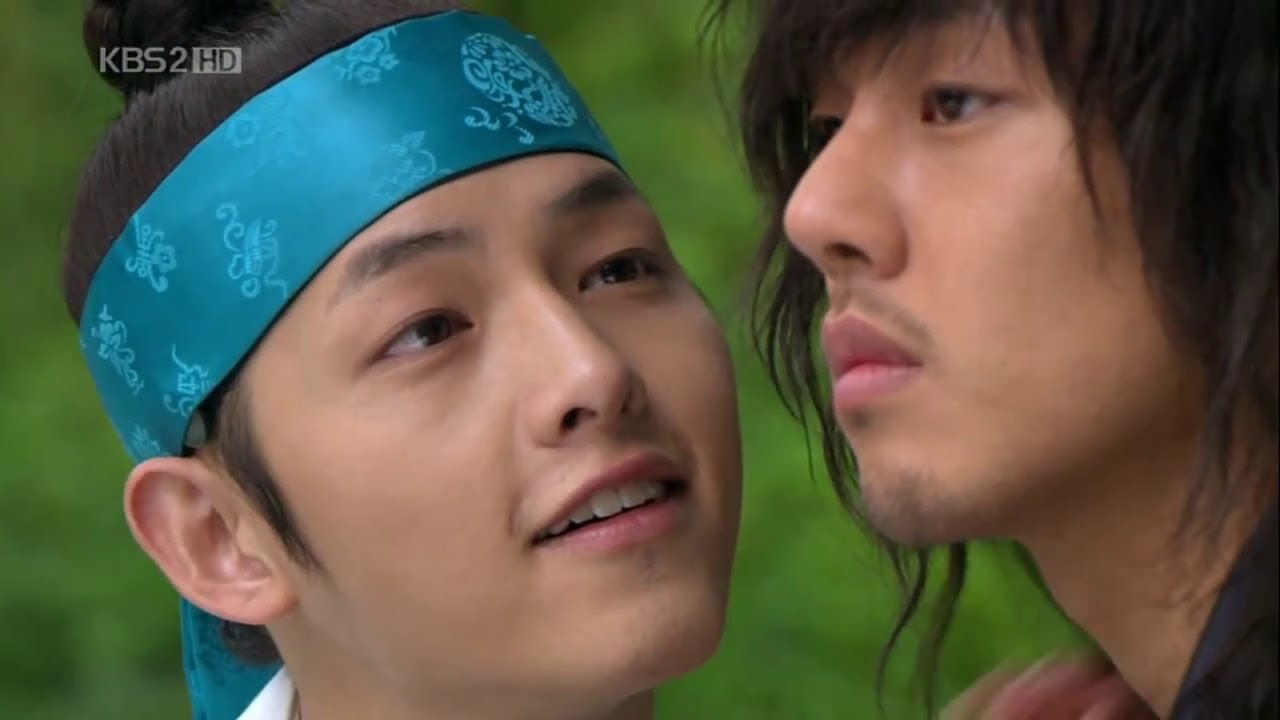 8 of the Most Adorable Odd Couple Pairings in K-Dramas

Every story has its “One True Pairing” that makes us swoon and cry and cheer. And then there are those “other” couples, the couples that don’t fit the normal standards of couplehood, but who pull our heartstrings and make us double over with laughter. These couples are the source of the best stories of friendship, bromance, and partnerhood. They are the “Odd Couples.” Read on to indulge in the juiciest of out-of-the-box drama couplings! 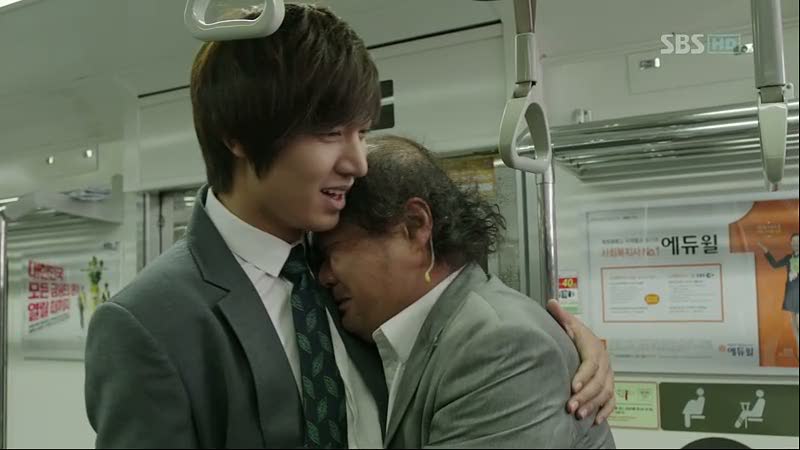 Lee Min Ho and Kim Sang Ho, as Lee Yoon Sung and Ahjussi, took the summer of 2011 by storm in “City Hunter.” The pair was simply charming as a vigilante crime fighter and his overprotective caretaker. Although Yoon Sung is a hardened character, he has a soft spot for the shop-a-holic chef, who parented him better than any fussy mother. No matter how difficult things became — and they became very difficult — Yoon Sung and Ahjussi always looked after each other with love and devotion — and a few hugs thrown in here and there. 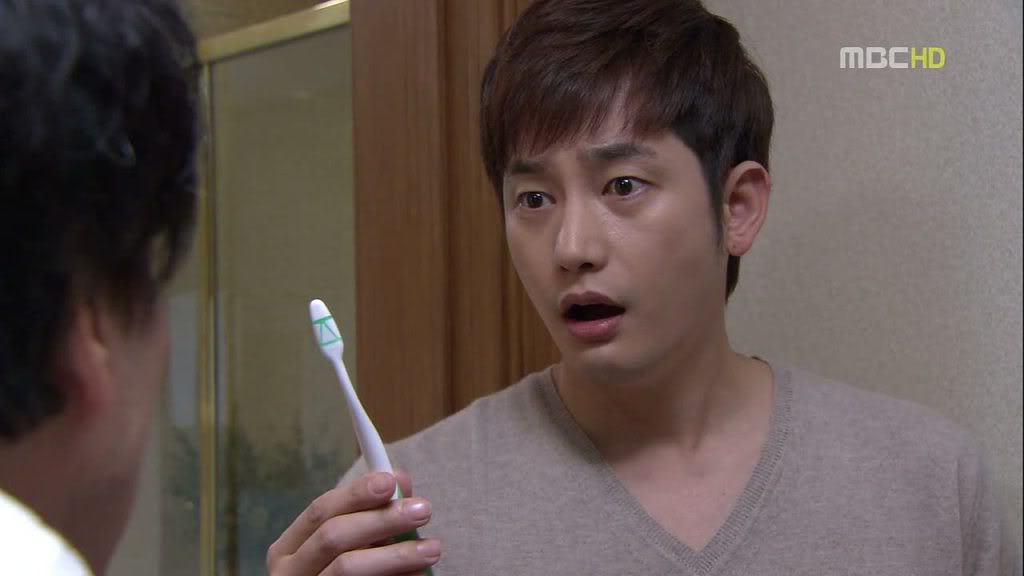 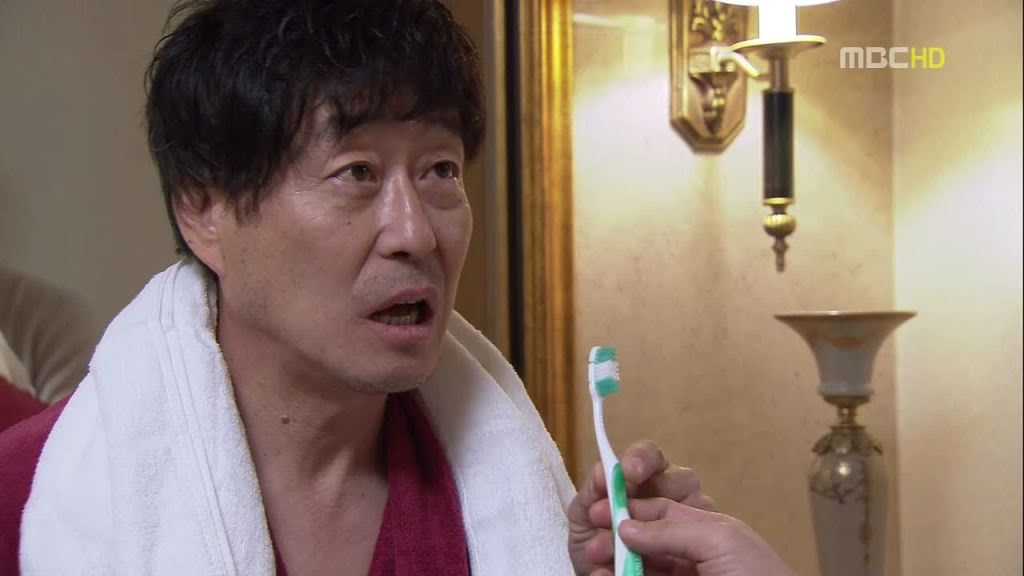 “Queen of Reversals” is a 2010 classic about divorce, new love, and workplace drama. Besides Goo Yong Shik (Park Si Hoo)’s romance with Hwang Tae Hee (Kim Nam Joo), the drama showcased another relationship between two men. Rigid Yong Shik never expected to be stuck working and living with slovenly, but kind-hearted, Mok Young Chul (Kim Chang Wan). Although opposites in every way, the two made a caring and hysterical pair. Combine Yong-shik’s OCD tendencies with Young Chul’s inability to remember which toothbrush is his, and “Queen of Reversals” gave us comedy for days. 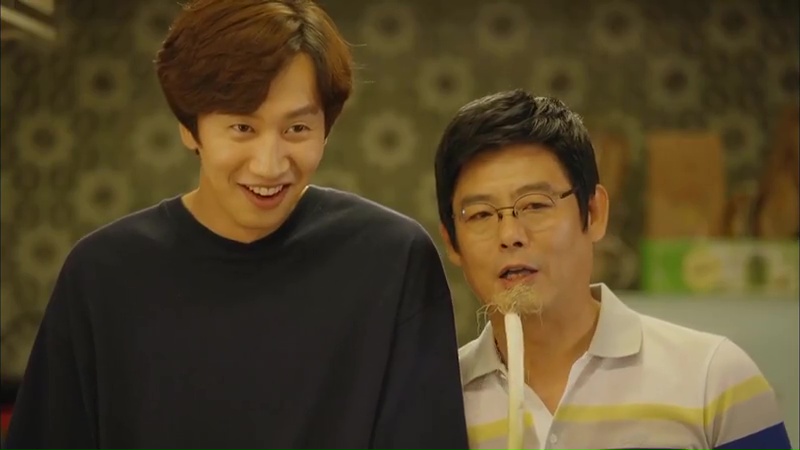 “It’s Okay, That’s Love” was centered around human relations with a clinical twist. Perhaps it was for that reason that the show gave us so many juicy “Odd Couples.” The funniest of them was between Lee Kwang Soo as Park Soo Kwang, a man with Tourette’s Syndrome, and his deep-hearted but short-tempered therapist, Jo Dong Min (Sung Dong Il). The two kept a running commentary on all that happened in their crazy home, and added their own crazy to the mix. Let’s not forget to mention the touching moments when they connected over the difficulties of Soo Kwang’s condition. 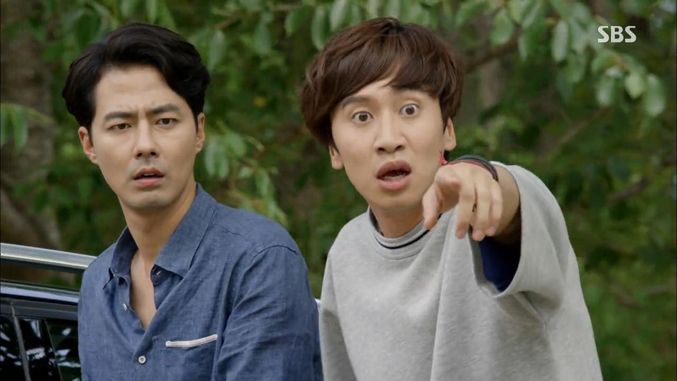 An honorary mention in this drama goes to Lee Kwang soo (again!) and Jo In Sung. It took a while for Jo In Sung’s character to open up to Soo Kwang, but once he did, there were never ending morsels of whispered jokes, bromantic skinship, and manly giggles.

“The Moon Embracing the Sun” 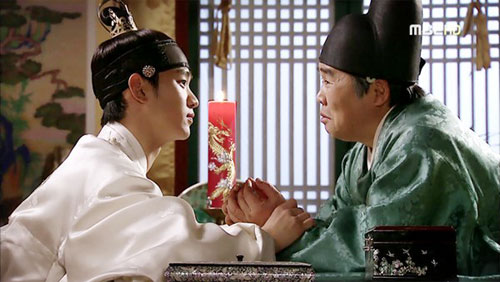 What better coupling can there be than one between a king and his Eunuch? Kim Soo Hyun as Lee Hwon and Jung Eun Pyo as Eunuch Hyung-sun in “The Moon Embracing the Sun” were a well-matched, even pair. While Hwon simmered in anger much of the time, his eunuch fed him love, support, and understanding at every possible moment that softened the celibate king’s stern constitution. The pairing was not only funny, but also carried undertones of social and political commentary. Besides, when does Kim Soo-hyun not look adorable in any sort of couple?
“Sungkyunkwan Scandal”

One of the classic bromances can also be considered an “Odd Couple.” In “Sungkyunkwan Scandal,” brusque, manly Geol-oh (Yoo Ah In) seemed to spurn flouncing, extravagant Yeo-rim’s (Song Joong Ki) advances, but in actuality cherished the connection with his only friend. These two had a history spanning a decade and a deep understanding of the social implications of their friendship and the choices they made in life. Their opposing personalities made for juicy onscreen antics and a partnership stronger that any fleeting relationship Yeo-rim has had.

This “Odd Couple” pairing between So Ji Sub’s Kim Young Ho and Choi Jin Ho’s Manager Min in “Oh My Venus” is especially poignant in that all of their feelings for each other are shared in little ways: a finger heart, a ghost of a smile, a silent acquiescence to help a friend in need. Although Manager Min is technically grandma’s Manager Minion, he has constantly guided Young Ho. On the surface there seems to be no relation between a reserved man like Manager Min and a wandering spirit like Young Ho, but in reality they are family in all ways save for blood. I’ll take a dose of Manager Min’s deadpan humor mixed with Young Ho’s aegyo any day.

An “Odd Couple” that breaks the mold is that between “Healer” Seo Jung Hoo (Ji Chang Wook) and his tech-savvy partner Ahjumma Min Ja (Kim Mi Kyung). Although not of the same gender, this pairing is full of caring and moments of hilarity. The two are always poking fun at each other, engaging in witty repartee, and grudgingly showing tiny morsels of affection that disguise how much they actually care. What makes this pair unique is not only their opposite sex pairing, but that they establish their relationship purely through technology and do not meet face-to-face until the end of the drama. 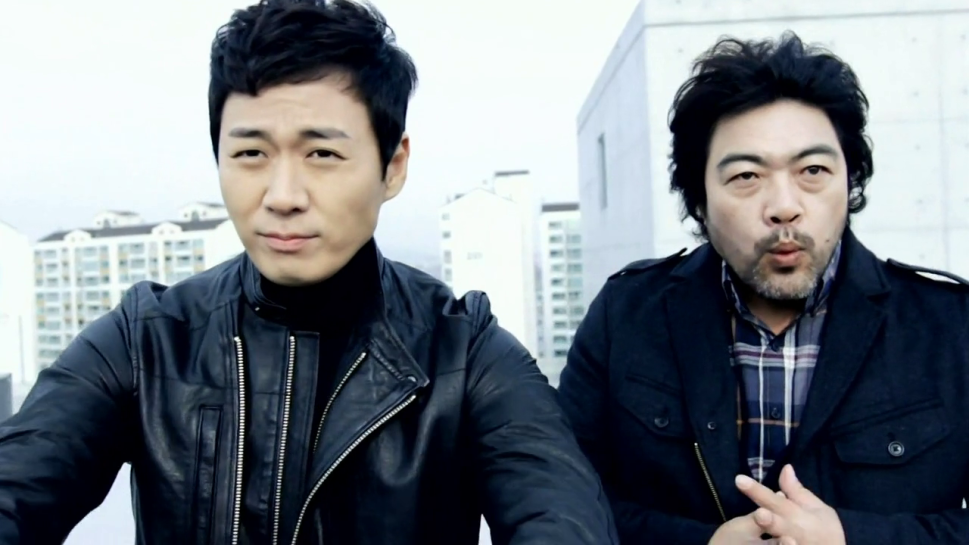 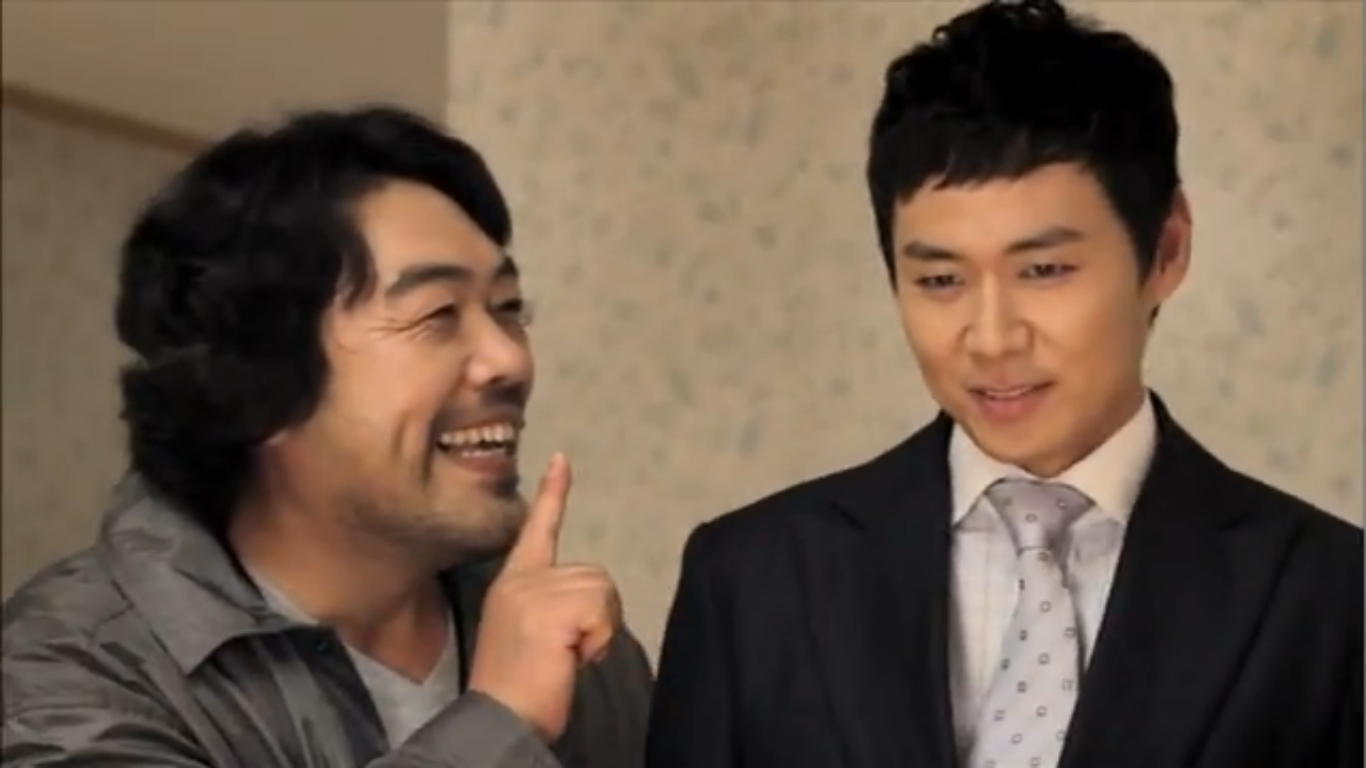 Both “Vampire Prosecutor” and “Vampire Prosecutor 2” have something special: the relationship between Min Tae Yeon (Yeon Jung Hoon) and Hwang Soon Bom (Lee Won Jong). They are crime-fighting partners who share the secret of Tae Yeon’s vampiric identity. But more than that, they’re friends who fuss, joke, and send out loads of feels. This on-screen “Odd Couple” actually took precedence over the more traditional romance, which is unique in itself. It is this couple and their friendship that drive many of the emotionally powerful moments forward and into our hearts.

Soompiers, what were your favorite K-drama “Odd Couples?” Let us know in the comments below!

Raine0211 is a lover of all things Korean, especially K-pop, K-drama, and Korean food. When she’s not writing for Soompi, she’s playing the cello and singing. She happily indulges in all kinds of K-pop, but her biases are SHINee, INFINITE, and VIXX. She lives with her sister and her two cats, Timmy and Momo, all of whom also love K-pop and K-drama.