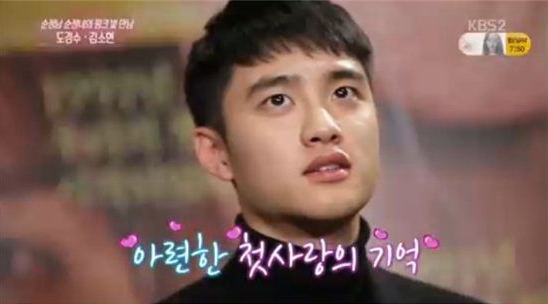 EXO’s D.O Talks About His First Love in High School

On the January 30 broadcast of KBS2‘s “Entertainment Weekly,” “Pure Love” co-stars EXO’s D.O and Kim So Hyun talk candidly about their acting, and thoughts about each other.

EXO’s D.O mentions that his acting in “Pure Love” was impacted by his own nostalgic feelings of his first love. 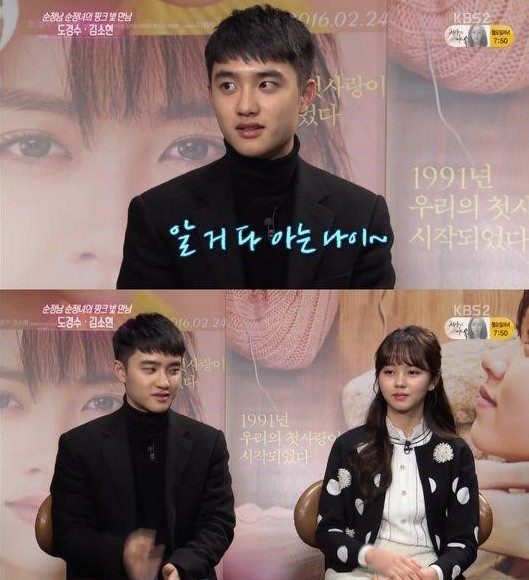 D.O explains, “My first love was when I was in high school. While I can’t tell if that was real love or not, those feelings influenced how I acted in ‘Pure Love,’ because I thought a lot about how I felt back then.”

He truthfully adds, “Actually I’m not a pure man. I know everything that a 24-year-old man should know.”

“Pure Love” will be released sometime this February, so look forward to seeing these two on the silver screen! “Entertainment Weekly” airs every Saturday, at 9:15 p.m. KST.