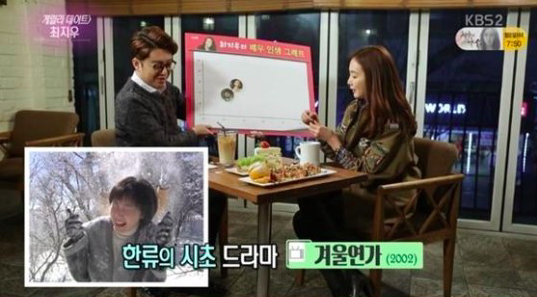 On the episode of KBS2’s “Entertainment Weekly” aired on Janaury 30, Choi Ji Woo appears for a guerilla date.

In celebration of 20 years since her debut, she draws a graph charting her activities as an actress. 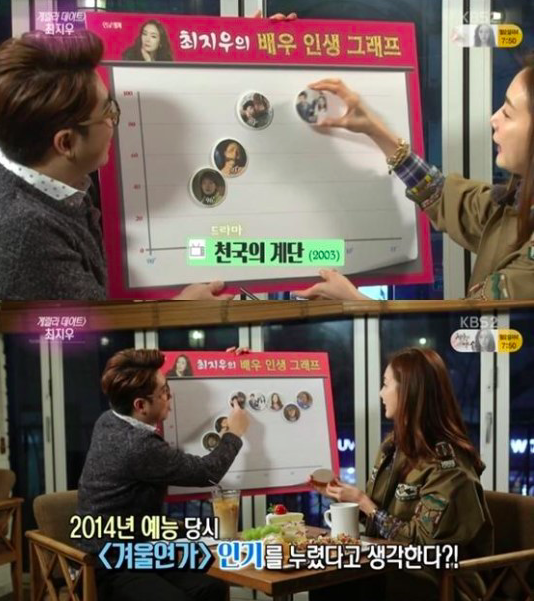 She gives a 90 to her most popular 2002 drama “Winter Sonata” along with “Stairway to Heaven.” Meanwhile, she ranks “The Suspicious House Keeper” lower because “it is a good drama, but had sad ratings.”

She ranks “Three Meals a Day” similarly to “Winter Sonata” because she was shown as a more relatable character. When Kim Saeng Min teases her, she jokingly protests, “I thought you said this was my second round of prime time?” 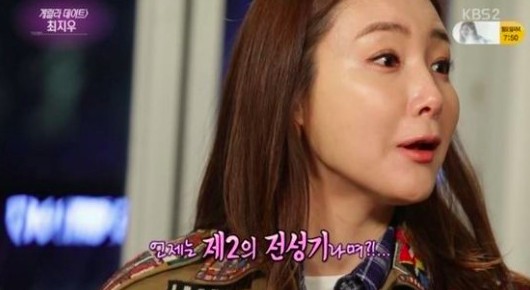 Choi Ji Woo
Entertainment Weekly
How does this article make you feel?