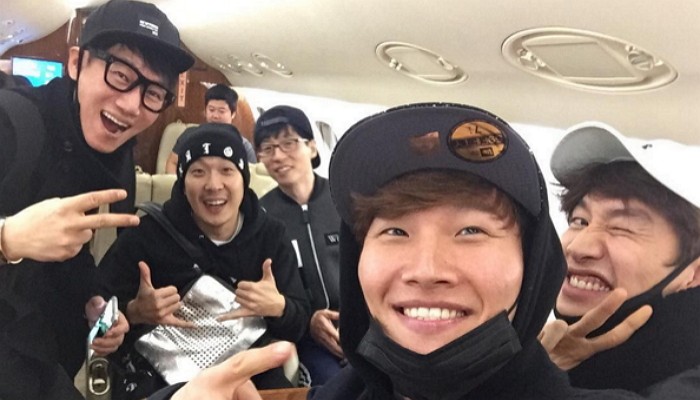 Kim Jong Kook shared his fabulous life as a star of Asia by posting a picture from a private plane on his way back from a “Running Man” fan meeting in Taiwan.

On January 30, he posted a picture with the caption, “On my way home after a ‘Running Man’ fan meeting.”

In the photo, Kim Jong Kook is smiling widely in a private plane with his fellow show members, including Yoo Jae Suk and Lee Kwang Soo.

The plane was a courtesy of the event’s sponsors for the members, who are currently touring China to meet fans. Netizens were astonished by their popularity overseas.

Meanwhile, the members of “Running Man” held a fan meeting in Taiwan on January 28.