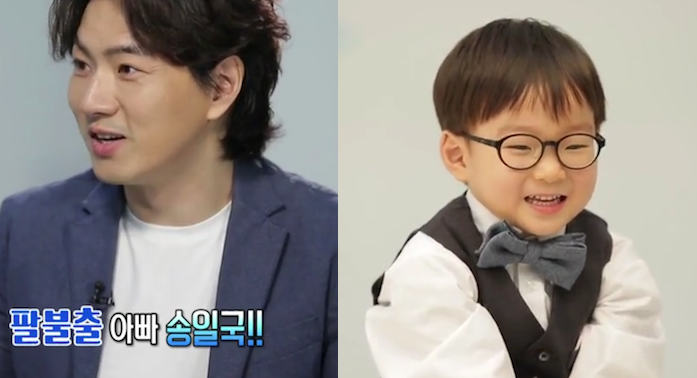 On January 30’s episode of “Entertainment Weekly,” Song Il Gook is asked during an interview if his triplets are old enough to watch his new historical drama “Jang Young Shil.”

“We watch it together,” he replies. “We even watched it yesterday.” When asked who is the most interested in the show, Song Il Gook replies that it’s Daehan. 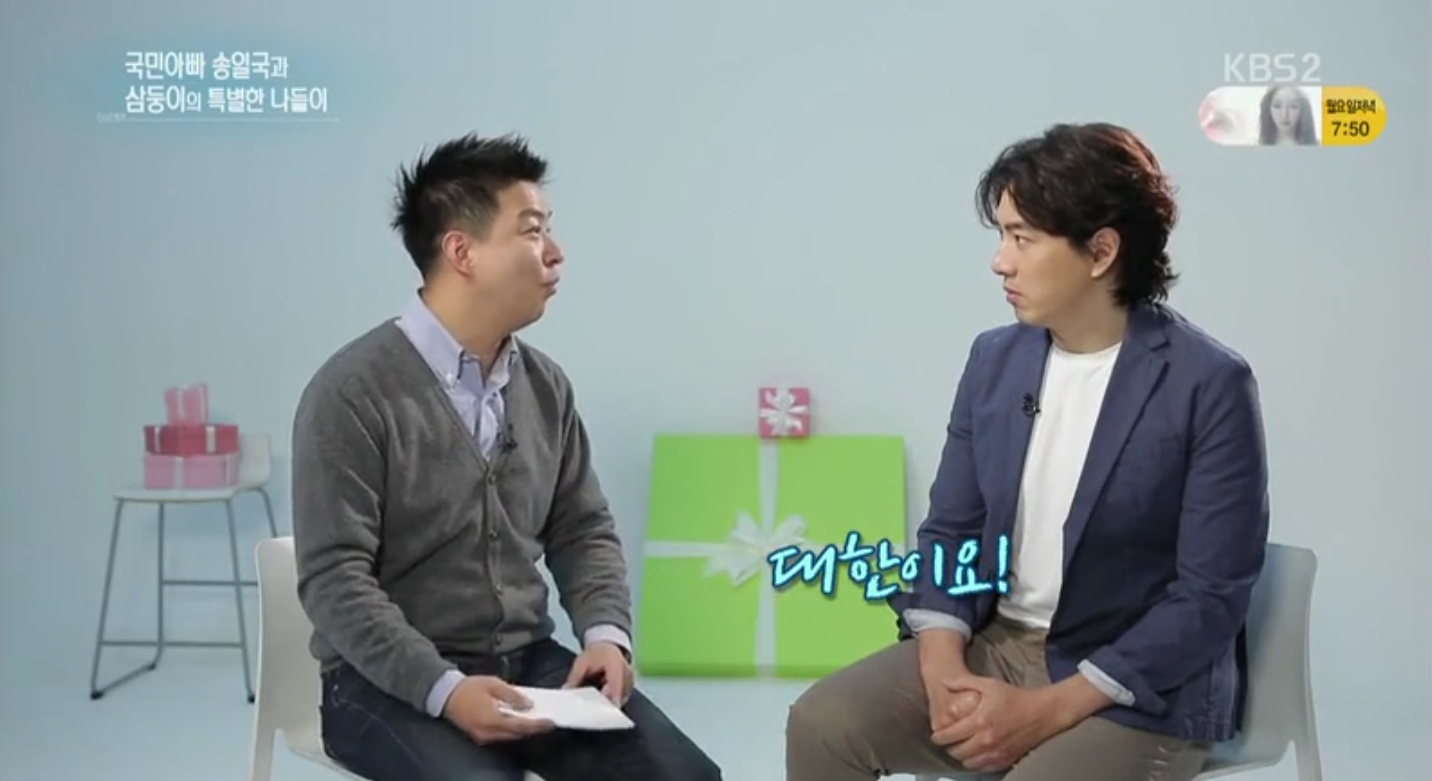 “Their teacher at nursery school sent me some photos,” he says, and pulls out his phone. He then explains that the photos show Daehan building his own pretend telescope out of sticks he gathered in the woods, because he was inspired by the scientist Jang Young Shil that Song Il Gook plays in the drama. 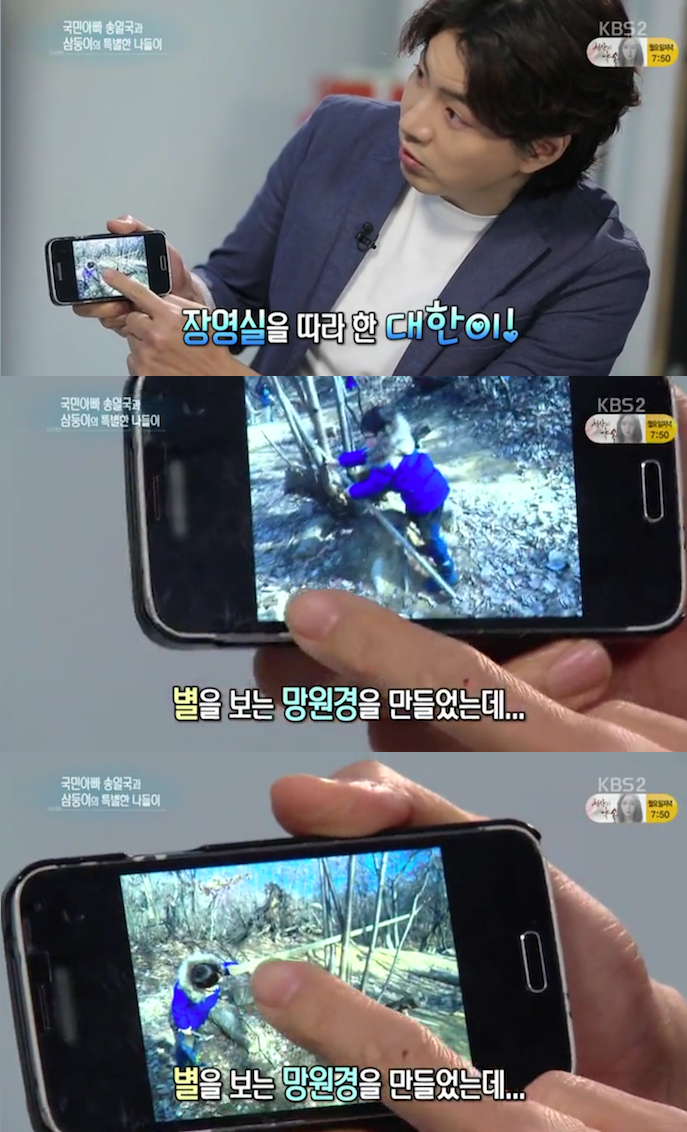 You can watch the Song triplets in the latest episode of “The Return of Superman” below!

Minguk
Manse
Daehan
The Return of Superman
Jang Young Shil
Song Il Gook
How does this article make you feel?