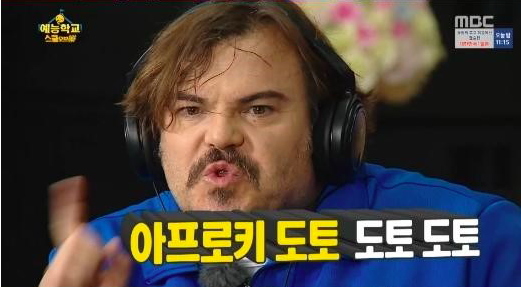 Hollywood actor Jack Black took everyone by surprise on “Infinite Challenge” with his musical ability on the latest episode of the MBC variety show.

The January 30 broadcast features Jack Black in a special “School of Variety” themed episode. In one of the games, he has to listen to a variety of K-pop songs through headphones and sing out enough of it for the other members to guess the song. 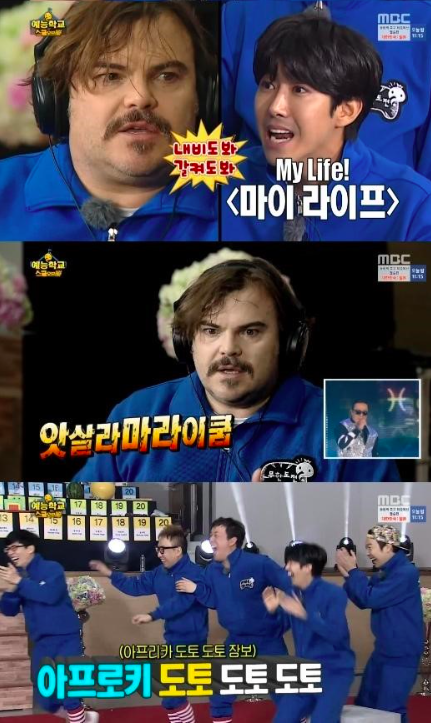 Despite not knowing much Korean, the actor manages to convey the key points of hit songs such as EXO’s “Growl” and AOA’s “Heart Attack.” Further on in the game (not shown in the clip below), he surprises all the members by successfully repeating Jung Joon Ha’s rap.

On January 20, Jack Black landed in Korea to promote his latest movie, “Kung Fu Panda 3” and filmed for an episode of “Infinite Challenge” the next day before leaving the country.