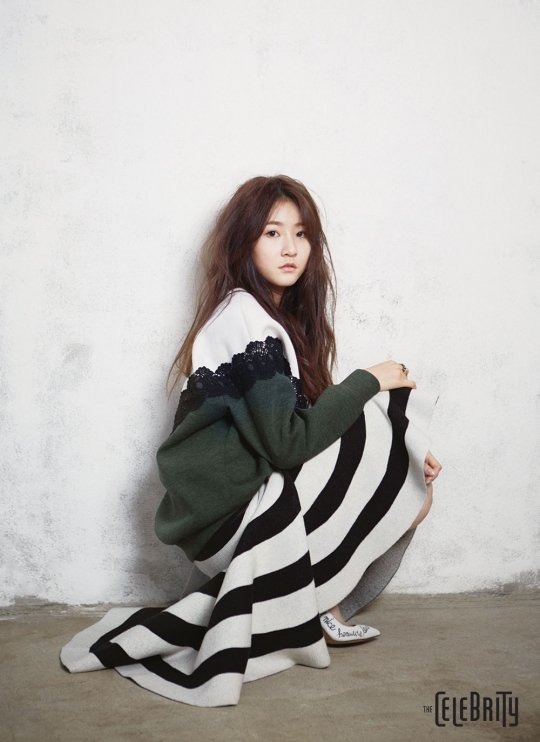 Kim Sae Ron is no longer the young and shy girl the crowd once knew.

The girl who had walked down the red carpet with Won Bin is now a fairly mature lady who looks flawless in a peplum skirt and heels. In a recent pictorial with The Celebrity under the theme “Mysterious Girl,” she seemed like a character out of a fantasy movie because of her lost expression and messy hair.

In an interview following the pictorial, Kim Sae Ron talked about her acting and future plans.

When asked what she is eager to achieve other than acting, she said, “Studying. I have a strong thirst for education. If I didn’t act and lived like any other teenager, I could see myself looking for a career related to education. If I get the chance, I would also like to study psychology. I think it would help me in acting.”

Meanwhile, when asked who her role model is as a woman and actor, she answered, “Lee Young Ae. She has charms that cannot be expressed with words. Elegance, beauty, intelligence. Her acting skills don’t even need explaining. Her unique aura fills each picture and scene she is in.”

Fans will be able to see more of Kim Sae Ron’s pictorial and interview in the February issue of The Celebrity and its website, Facebook, and Instagram.

The Celebrity
Kim Sae Ron
How does this article make you feel?