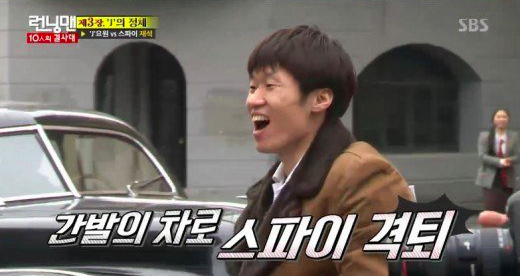 Former national football team captain Park Ji Sung made another appearance on the “Running Man” variety show to stun the viewers with his wit and skills.

On the episode of SBS’s “Running Man” aired on January 31, Park Ji Sung, Jung Dae Se, and Ji So Yeon appear as guest.

As a mission, the crew must find the hidden independence funds in Shanghai of the 1920s.

During the show, the members struggle to find the spy within the group. 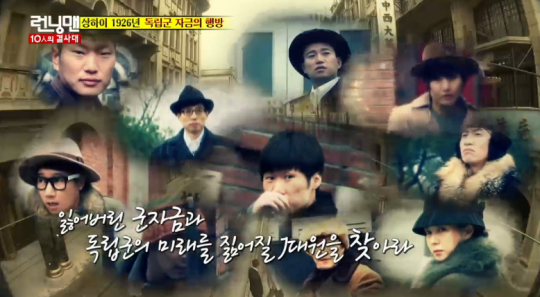 To their surprise, the spy turns out to be Yoo Jae Suk.

One of the main conditions as a spy is to continuously be in the public’s eye. In order to diverge suspicion, Yoo Jae Suk uses Ji Suk Jin, who strips others’ nametags for him. Meanwhile, Yoo Jae Suk manages to trick the members and succeeds his job as a spy until the end.

Watch the episode below.