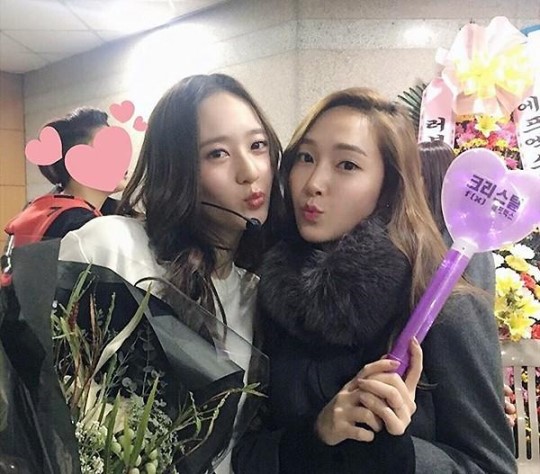 On January 31, Jessica Jung uploaded commemorative photos of herself and Krystal on her personal Weibo. Jessica attended f(x)‘s first solo concert to show support for her sister. In the photos, the Jung sisters can be seen with cute expressions, showing off their close sisterly love. The innocent visuals of the two sisters stood out to many fans.

f(x) held their first ever solo concert from January 29 to 31 at the Olympic Hall in Seoul’s Olympic Park. Jessica was one of many celebrities that showed up for the concert to support f(x). During the event, f(x) also revealed the name for their official fan club. Jessica is expected to make her first solo comeback since leaving Girls’ Generation soon, and recently posted a photo in a recording studio on her official Instagram. 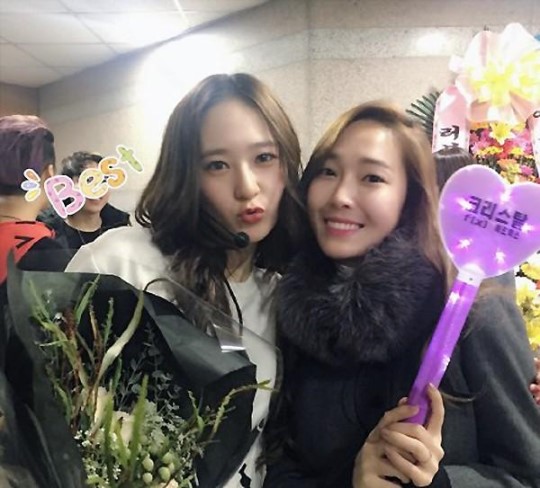 f(x)
Krystal
Jessica Jung
How does this article make you feel?