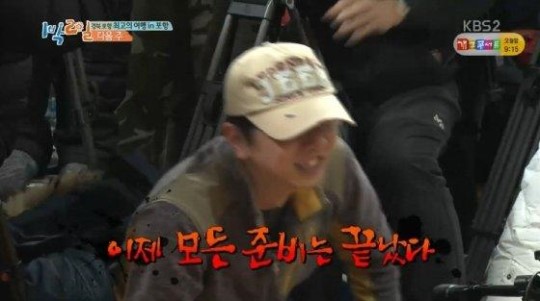 The staff of “2 Days & 1 Night” planned their revenge on the members by getting to know them better.

On the episode of KBS 2TV’s “2 Days & 1 Night” aired on January 31, the members embark on a trip to the city of Pohang for “The Best Trip Ever.”

Though the members are excited for “The Best Trip Ever,” they do not realize that the trip is not what they expect.

Last week, the members had flustered the staff by passing the dinner mission “Skewer It” in one try. The staff had to post an embarrassing apology in which they stated they were sorry for underestimating the members. Therefore, this trip is planned accordingly so that they do not make the same mistake.

After declaring they will not bow down to the members again, the staff says that the real agenda is to go on a “Member Ability Test” trip. They even take pictures and portraits drawn by the members, covering it up as a mission, and ask for an analysis by a psychologist.

They also test the members’ running skills by holding a mission requiring them to pour water into a pot in limited time. Their eating habits and food preferences are checked through a noodle eating competition. Even their competitiveness is tested trough a raw onion-eating test.

Next week continues the tests and we will finally see that the staff has prepared for their revenge. 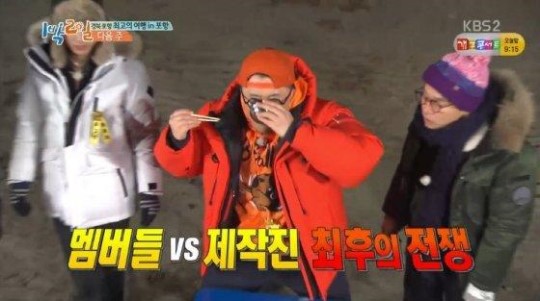 Meanwhile, Kim Joo Hyuk, who recently left the show, joins in on the staff’s plan and appears on the show as a surprise narrator.