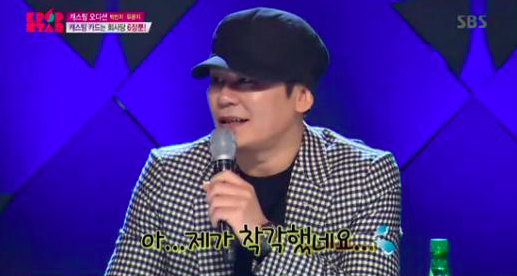 “K-Pop Star” has always been a pleasure to watch in part due to the judges’ banter, and the latest January 31 episode was no different, with Park Jin Young teasing Yang Hyun Suk.

On the show, contestants Park Min Ji and Yoo Yoon Ji, both 17-year-olds who have been praised for their singing, perform Wheesungs’s “With Me.” Though both girls show their interest in JYP Entertainment, Park Jin Young only casts Park Min Ji. Yoo Hee Yeol, who gets the second say in casting, comments, “I’m not confident I’ll be able to improve Yoo Yoon Ji.”

“Don’t make a decision with the consideration that I’m going to pick Yoo Yoon Ji,” Yang Hyun Suk warns. “There is a large possibility I won’t cast her.” “I’m just not confident enough,” Yoo Hee Yeol says as he gives up his casting opportunity.

“Don’t trust your memory,” Park Jin Young teases. “It’s usually wrong.” Once Yang Hyun Suk realizes he’s wrong, he says, “That means I have no doubts about casting her anymore. I will happily take her to YG.”

“I was originally touched by Yang Hyun Suk,” Park Jin Young jokingly says afterwards. “I had thought he would be considerate enough to remember events from a while ago. However, Yoo Yoon Ji proved him wrong. He kills me.” 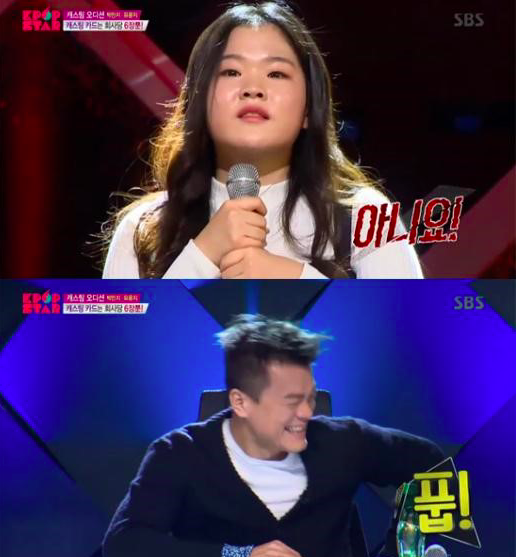