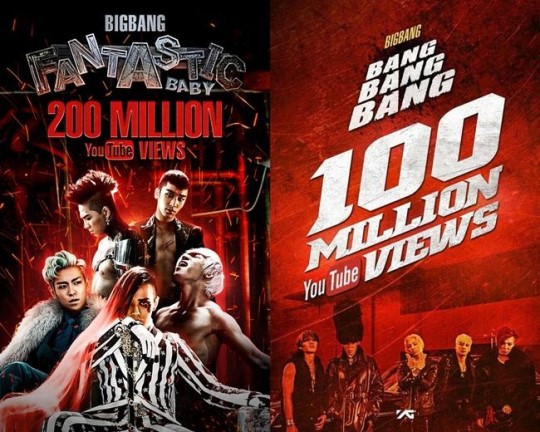 BIGBANG continues to chart new territory as they go where no male idol group has gone before.

On January 19, the music video for their summer blockbuster hit “Bang Bang Bang” topped 100 million hits. This is their second music video to reach that milestone.

On January 26, it was revealed that the video for “Fantastic Baby” had reached 200 million views, a new record for Korean boy bands.

BIGBANG released two singles every month from May to August in 2015 as part of their “MADE” project, regularly topping the charts with each new release. Three of their songs made the Top 10 of MelOn’s top songs of 2015 (“Loser,” “Bae Bae,” and “Bang Bang Bang”).

Although it has been 10 years since BIGBANG’s debut, the YG Entertainment hitmakers have proven that they are still going strong.