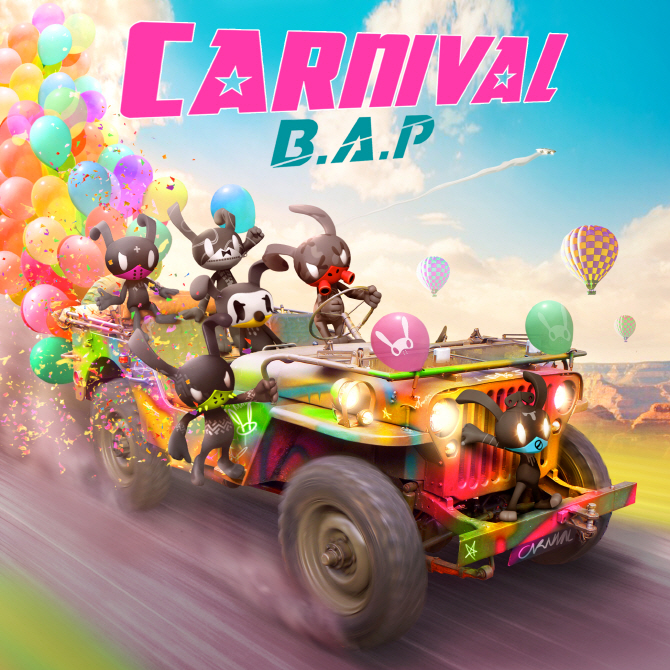 B.A.P are getting fans excited with the first glimpse at their next mini album!

On February 1, the group’s agency TS Entertainment shared the cover for B.A.P’s upcoming mini album “Carnival.” The cover features the guys’ mascots, the famous Matoki characters, on a wild ride on a jeep that’s been decorated with colorful balloons.

The members have been updating their Twitter accounts with map coordinates lately, and things are now making sense as each of the coordinates is the location of a famous festival, such as Oktoberfest in Munich, Germany; the Harbin Ice Festival in China; and Japan’s Sapporo Snow Festival.

A representative from TS Entertainment says, “The new mini album will include six songs, and we are currently in the final stages of working on it. While their fourth mini album ‘Matrix,’ which was released last year, featured a powerful and charismatic concept, ‘Carnival’ will be more bright and fun.”

Are you looking forward to hearing more from B.A.P soon?