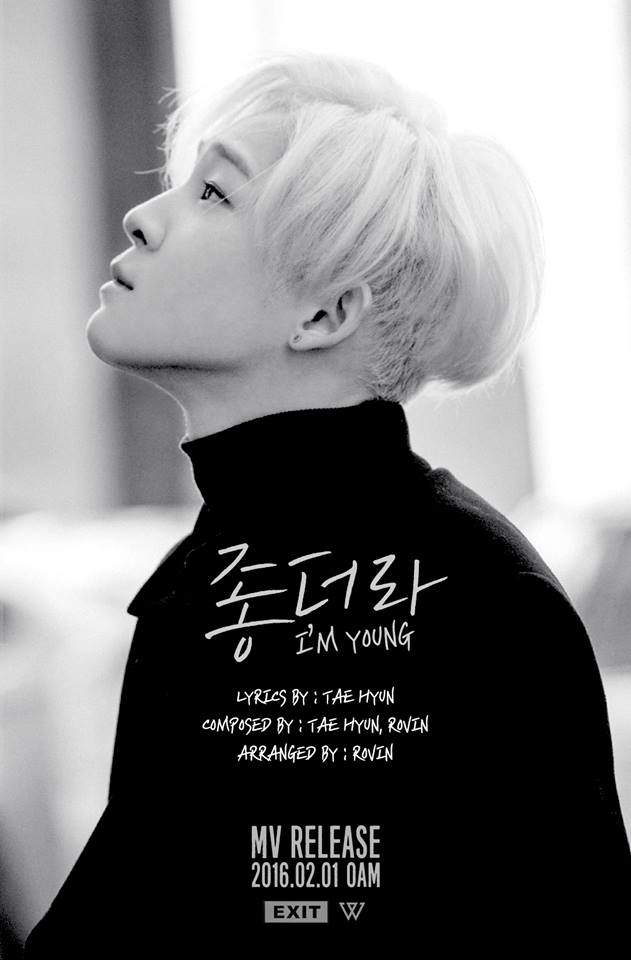 WINNER‘s Nam Taehyun has confessed that he wrote the lyrics to “I’m Young” while going through a painful breakup.

On February 1, the members of WINNER sat down for an interview with local news outlet My Daily. The group made their anticipated comeback earlier that day at midnight with double title tracks “Baby Baby” and “Sentimental.”

When asked about the story behind his solo track “I’m Young,” Nam Taehyun revealed, “Honestly, I didn’t want this track to be released as my solo song. It’s just a song that I wrote while in love. I felt hurt over breaking up, and struggled with accepting the reality. I poured my true feelings into the track.”

“It seems that Yang Hyun Suk somehow heard the song, although that was not my intention, after I sent the demo to a staff member for review. I wrote this song maybe one or two years ago, and had completely forgotten about it. Hearing that it would be included in our new album, I had no idea which song it even was.”

“I was slightly nervous about my song making it to the album. Sharing such a sincere story with the world felt scary and uncomfortable. But looking back, I’d say including such a heartfelt song was a good decision. I’ve come to realize the appeal of sincerity.”

Check out the music video for “I’m Young” here.

WINNER
Nam Taehyun
How does this article make you feel?