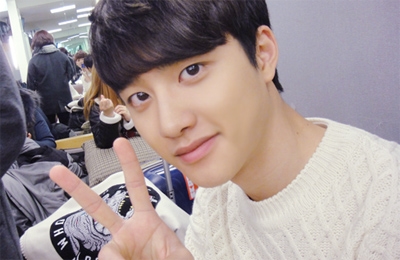 EXO’s D.O Reveals He Receives the Advice of Jo In Sung and Lee Kwang Soo When Reviewing Projects

During an interview with OSEN on February 1, D.O said, “Jo In Sung doesn’t really come to movie previews. But I do think Lee Kwang Soo, Im Joo Hwan, Kim Ki Bang, Song Joong Ki, and Kim Woo Bin will come if they have time.”

“When we receive a scenario, we ask others to review it,” D.O said. “After asking them to read it, I heard a lot of their opinions on the script. It helped me out a lot as I heard what they had to say.”

On the script for “Pure Love” he said, “Everyone loved the script for it. A lot of them told me that the public would love the movie if it came out just like the script.”

Meanwhile, D.O will play the role of Bum Shil on “Pure Love.” The movie is a sentimental drama that tells the story of true love and friendship through flashbacks. It will be opening in theaters on February 24.

D.O.
Pure Love
OSEN
How does this article make you feel?