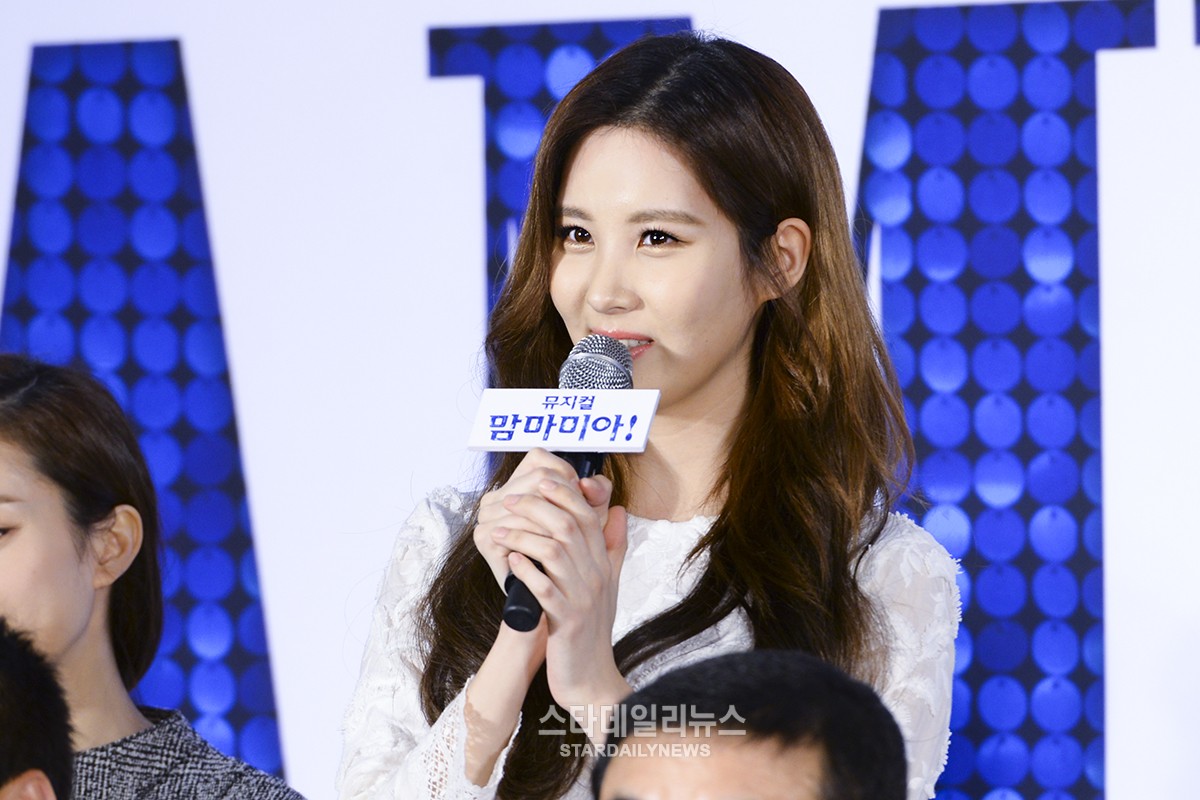 When asked, “Don’t fans mind the intimate scenes,” she said, “I can’t help it. It’s just part of the show.”

“During my first musical, there was a kiss scene. I could hear my fans gasping in surprise from the stage, but it’s all just acting. Whenever I meet my fans, I say, ‘Just see it the way it is.’ Though I don’t know what’s going on in their heads, they usually say ‘Yes’.”

“I might get a little edgy in this musical,” Seohyun jokingly adds.

Meanwhile, Seohyun, who has previously participated in the musicals “Moon Embracing the Sun” and “Gone With the Wind,” will take on the female lead as Sophie in “Mamma Mia!”