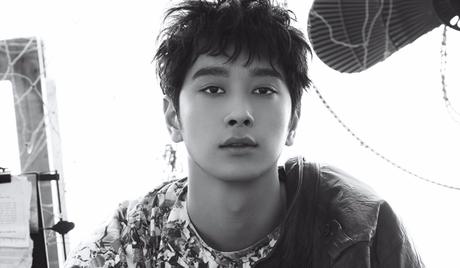 The drama tells the story of those struggling in society under the rule of elites. Chansung has taken on the role Nam Bong Ki, a man with the life motto “It’s only youth if it’s fun.”

Nam Bong Ki is a pleasant character because his constant search for enjoyment has made him knowledgeable. As the brother of shy Nam Jung Ki (played by Yoon Sang Hyun), the two contrasting characters are bound to make viewers laugh.

Meanwhile, this will be two years and a half since Chansung last appearance in the KBS 2TV drama “Your Noir,” which was aired in October of 2013. Fans are eager to see his new character as a voluntarily unemployed man.

Chansung has already proved his acting skills through the movies “Red Carpet,” “A Dynamite Family,” and dramas like “7th Grade Civil Servant.”

“Ms. Temper and Nam Jung Ki (working title)” will be aired in March after “Madame Antoine.” It tells the story of the temperamental Ok Da Jung played by Lee Yo Won and timid Nam Jung Ki played by Yoon Sang Hyun.