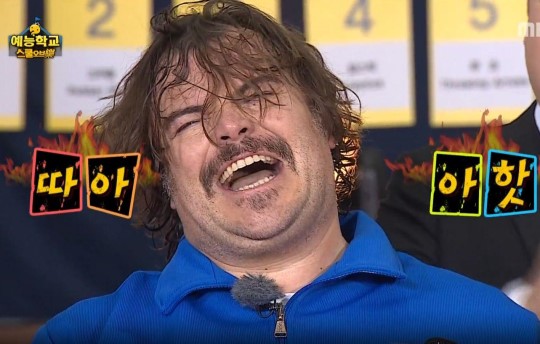 Jack Black received a surprising amount of money for his appearance on “Infinite Challenge”: 0 won.

The actor arrived in Korea on January 20 for the promotion of “Kungfu Panda 3” and filmed the variety show episode for four hours before leaving on January 21.

“His original goal in Korea was to promote his movie, and most people who are here for only a night and two days just attend press conferences. However, Jack Black agreed to appear on ‘Infinite Challenge’ for free and did not hold back while filming,” the manager added. “There were no negotiations regarding pay.”

In the episode of “Infinite Challenge” aired on January 30, Jack Black is not the major world star fans know him as. He was more like a friendly friend as he hung out with the members. Though he was unfamiliar with the typical Korean variety format, he approached everything with a child-like curiosity. 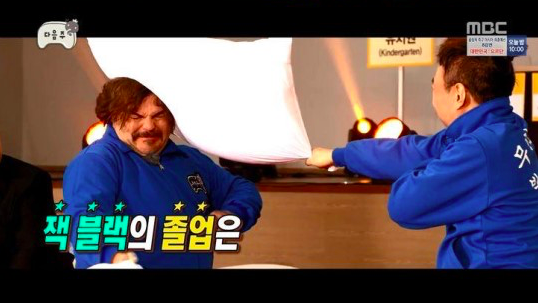 “It was Jack Black’s first time with the members, and there were difficulties in communication. Even worse, we were limited on time,” producer Kim Tae Ho said. “Though we were worried into the beginning of the filming, these concerns were soon unnecessary. Jack Black was so committed to the show. Time was not an issue. We even had the luxury to take breaks in between.”

“It’s difficult to film an hour and a half worth of film time in only four hours,” he added. “We were only concerned about entertainment, but in the end, this was a time for us to learn about making other people laugh and look back into our original motives. Both Jack Black and the members hoped that this would not be their last encounter.” 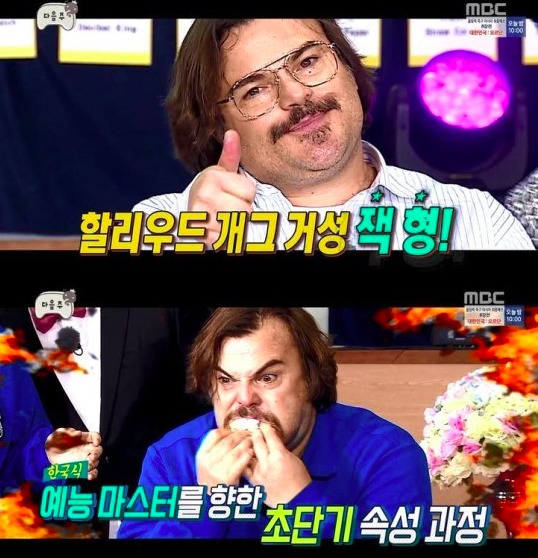