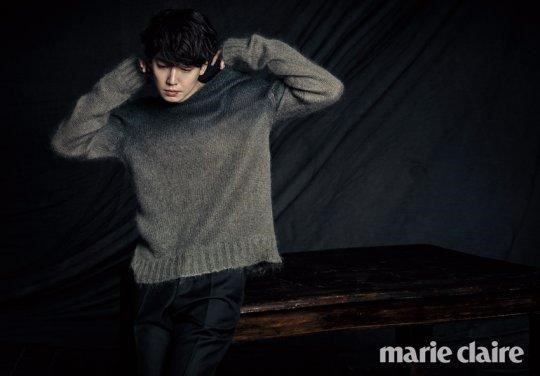 Jung Kyung Ho, currently loved for his cheerful acting in “One More Happy Ending,” is featured in the February edition of fashion magazine Marie Claire.

Contrary to the bright character he plays in the drama, he poses as a man lost in contemplation for the photoshoot. Styled in chic and sophisticated clothing, such as a long gray coat; an angora sweater; and a beige colored turtleneck, he is immersed in the overall atmosphere of this photoshoot. He shows a gentle, yet mature side of him with his delicate expressions, even making the hearts of the female staff members flutter. 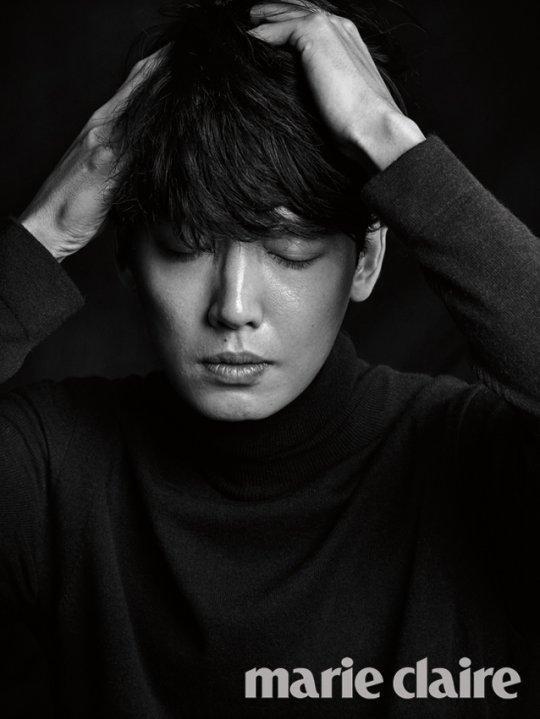 Jung Kyung Ho returns back to his bright self during the interview. Regarding his choice to star in a romantic comedy, he replies, “I wanted to play a more natural, less embellished role that more people could relate to.”

He also reveals that eventually he wants to have a role where he’s so into character, it’ll be “possessed acting.” However, he believes that he still has to reflect more about who he is as a person first, and still has to express himself in a variety of different roles, before thinking about achieving that goal. 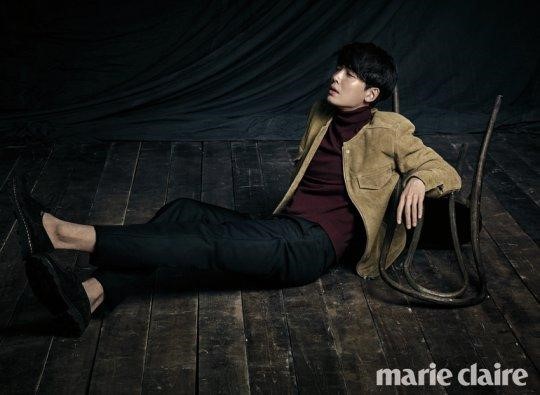 Read the rest of Jung Kyung Ho’s interview and photoshoot in the February edition of Marie Claire.

“One More Happy Ending” airs every Wednesday and Thursday, at 9:55 p.m. KST. In the meantime, check out the latest episode below!

Jung Kyung Ho
Marie Claire
How does this article make you feel?