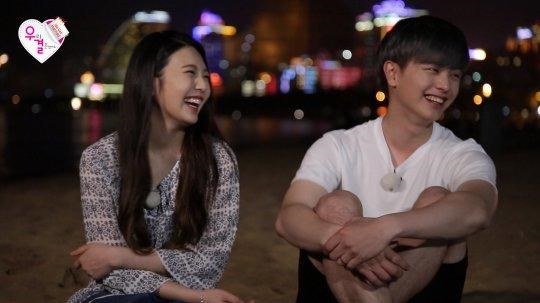 While MBC‘s “We Got Married” is one of the longest running variety shows, continuing for eight years and counting, it has received many controversies and complaints from viewers.

Behind all this discussion stand the ones who are in charge, producer Sun Hye Yoon and all the other staff members. A program wouldn’t have been able to air this long without their hard work and effort put into this show.

Producer Shin Hye Yoon stated, “I’ve been in charge of ‘We Got Married’ for the past three years. Even I think that’s a long time. Many fans complained, but I think it’s because they just don’t like seeing their favorite star interacting with someone of a different sex. Even I wouldn’t like this show if I were young again and were in their shoes.”

The producer continued, “Don’t you think idol fans despise ‘Idol Sports Athletic Championships’ and ‘We Got Married’ the most? The reason why idol couples appear despite all the hate is because it is relatable to the age group that watch our show. It also matches well with our concept.”

Producer Sun Hye Yoon picked Joy and Yook Sungjae couple to back up her point. “Even as the producer, all I can think when I look at this couple is the word ‘cute.’ This couple matches perfectly with ‘We Got Married.'”

Sun Hye Yoon
We Got Married
How does this article make you feel?