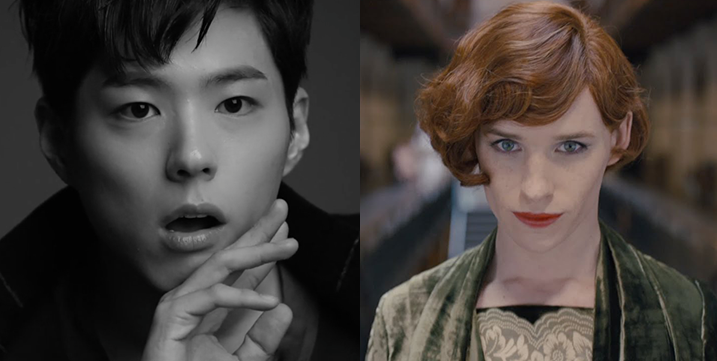 In a recent poll, Koreans were asked who they thought would be the best Korean actor to take on Eddie Redmayne‘s role in the upcoming film “The Danish Girl.” The actor who took the No. 1 spot on the poll was none other than Park Bo Gum.

The results of the poll, titled “Which Korean actor would best be able make a courageous and surprising transformation?”, concluded that an overwhelming majority of participants thought Park Bo Gum was the best fit for the role of transgender woman Lili Elbe, which Eddie Redmayne portrayed in the 2015 film. Other notable mentions in the poll were Song Joong Ki, Im Siwan, and Yoo Ah In.

“The Danish Girl” is loosely inspired by the real Danish painter Lili Elbe, one of the first-known patients to ever receive gender reassignment surgery. The film will hit theatres in Korea on February 18.

What are your thoughts on the poll results? Which actor do you think would best tackle such a role?

Park Bo Gum
Eddie Redmayne
The Danish Girl
How does this article make you feel?