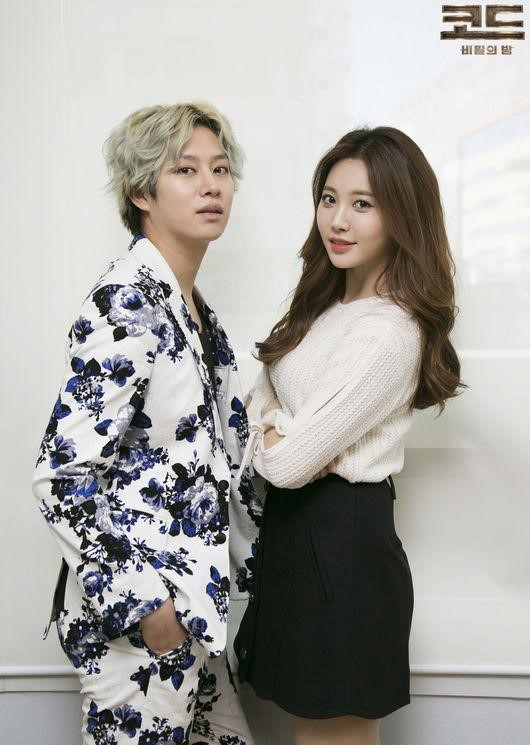 Girl’s Day‘s Yura will make an appearance on this week’s episode of “Code: Secret Room.”

The sixth episode of JTBC’s “Code: Secret Room” will be a “helper’s special.” The remaining survivors from the last five episodes, Jung Joon Ha, Super Junior’s Heechul, Peppertones’ Shin Jae Pyung, Oh Hyun Min; and Baek Sung Hyun, will fight to win this week’s competition by forming teams with the helpers that they personally invite.

During the most recent recording of “Code: Secret Room,” Kim Heechul caught people’s attention when he appears with Yura. He emphasizes that he decided to bring Yura as his assistant because she’s a “genius at drawing.”

Kim Heechul confidently explains, “as many people know, Yura draws extremely well. So, I think that she will have good observation skills and memory when it comes to images or figures.”

Han Joo Hui, the director in charge, remarks, “With Yura’s appearance, the heavy atmosphere surrounding the nervous participants was lifted. During the recording, Kim Heechul and Yura showed a near perfect collaboration, just like old friends. In addition to solving the problems necessary to escape the room, they even reenacted a parody of a movie scene on the spot. You’ll be able to discover a new side of Yura.”

Watch to find out if Kim Heechul and Yura are able to successfully escape on Friday, February 5, at 11 p.m. KST.