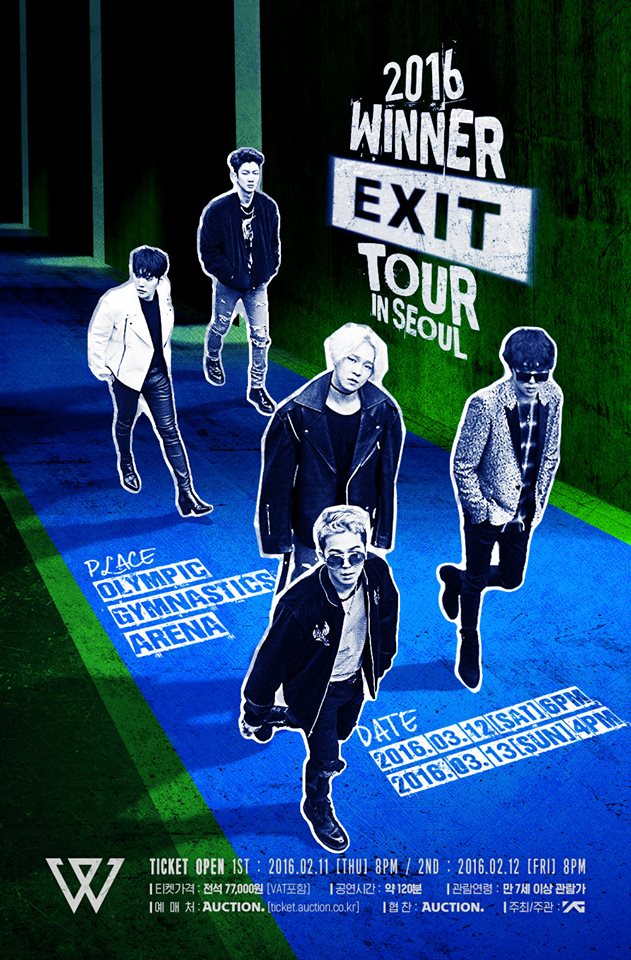 WINNER has announced their first concert, “EXIT TOUR,” to be held in March in Seoul! This is the group’s first domestic concert, they previously held a fanmeeting in January 2015 titled “WWIC2015.”

The concerts are scheduled to be held on March 12-13, in the Olympics Gymnastic Arena in Seoul. Ticketing will begin next week on February 11 for the first show, and February 12 for the second. Fans are speculating that the concerts may span beyond Seoul, due to “Tour” being in the title of the show.

The group recently returned with two title tracks, “Baby Baby” and “Sentimental, along with member Nam Taehyun’s solo song “I’m Young.” They have been topping the music charts since the songs’ release.