According to the AGB Nielsen (South Korea) Media Research on February 3, the 36th episode of “Six Flying Dragons” aired on February 2 scored 16.8 percent nationwide and 19.3 percent in major cities. It ranked first place among Monday-Tuesday dramas as well as scoring its highest ratings so far. 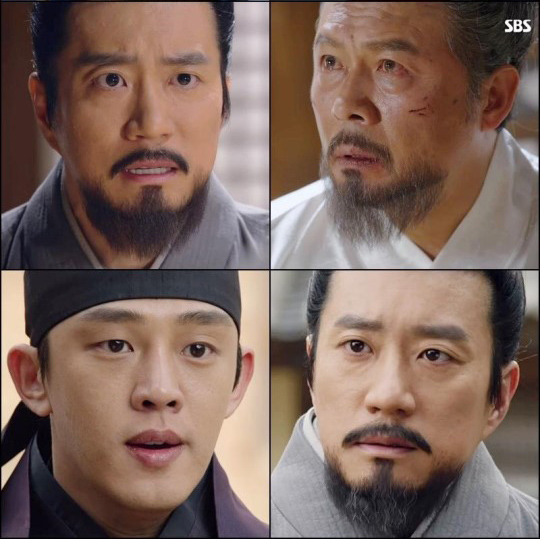 In the episode, Lee Bang Won (Yoo Ah In) decides to kill Jeong Mong Ju (Kim Eui Sung) for his loyalty to Goryeo. Jeong Do Jeon (Kim Myung Min) agonizes over his friend Jeong Mong Ju’s death. However, Jeong Do Jeon accepts the current flow of history and insists on Jeong Mong Ju’s corpse to be displayed for all to see when he meets Lee Sung Gye.

The tragic scene where Jeong Do Jeon portrays Jeong Mong Ju as a traitor hiked the ratings to its all-time highest moment of the evening at 22.2 percent. It’s known as the highest rated one minute of the evening.

Watch the episode of “Six Flying Dragon” below.