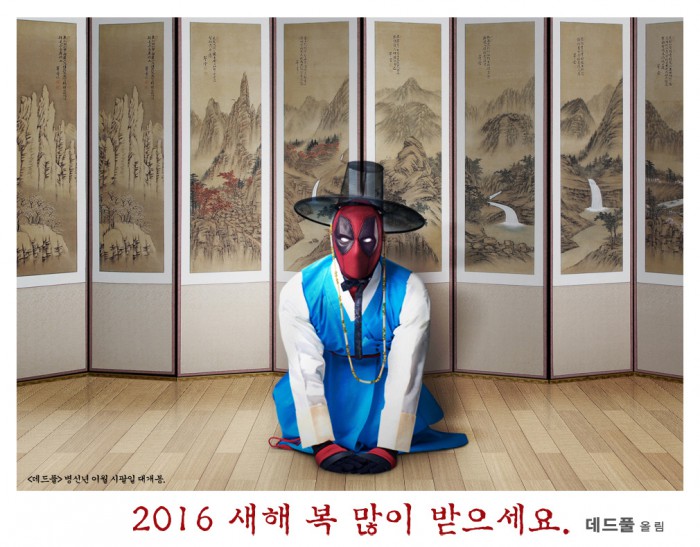 Ahead of the next installment of the Marvel hitting theatres, Deadpool has come to Korea and is greeting fans the Korean way.

Next week, Koreans will be celebrating the Lunar New Year, which falls on February 8 this year. As the film “Deadpool” will hit theatres on the 18th in Korea, Deadpool himself appropriately donned the Korean hanbok and performed a sebae, or New Year’s bow.

The caption of the photo reads, “May you receive much fortune in 2016. From, Deadpool.”

It’s not the first time Marvel has tipped its hat to Korea, either: much of “Avengers: Age of Ultron” was filmed in some of Seoul’s most iconic locations, including the Han River and the 63 Building.

*This article has been updated to reflect that the Lunar New Year falls on February 8, not the 7.

Marvel
Deadpool
How does this article make you feel?