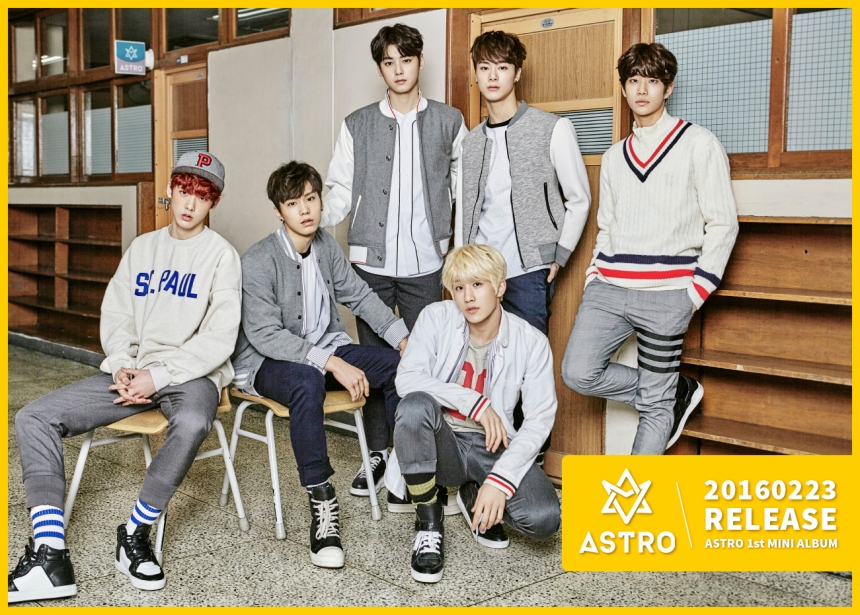 Fantagio’s upcoming boy group ASTRO has released their first teaser image, featuring the whole group lounging in what appears to be a high school hallway.

In addition, the company revealed the group’s logo and official color. The logo, with resembles a modified hexagram, was created by combining two triangles. The triangle shape was taken from the “A” in “ASTRO,” and the “A” in “All Fans.” The two shapes are then combined together to form a star. Lines were further removed so that neither shape could be removed from the other, symbolizing ASTRO’s connection with their fans. ASTRO also means “star” in Spanish, and their logo reflects the same meaning. Their official color will be a shade of yellow.

The group has been active in pre-debut activities since last year, and will be debuting on February 23.