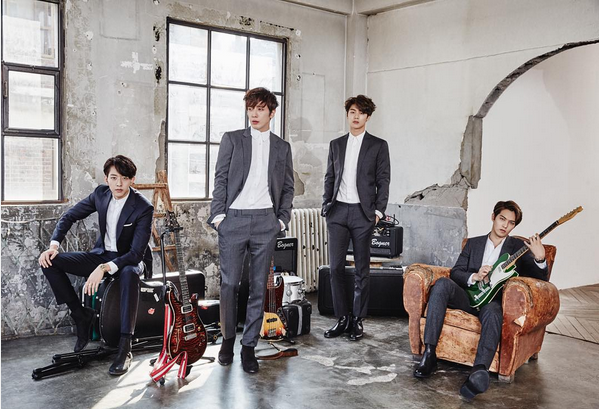 CNBLUE Gets Fined for Copyright Infringement

CNBLUE has been fined 15 million won (approximately $12,500) for using indie band Crying Nut’s song “Deadly Offside,” which was the official song of the 2002 World Cup, without permission. The legal battle that started in 2013 appears to have met its conclusion.

Yang said, “On a broadcast, CNBLUE took Crying Nut’s song without permission and with Crying Nut’s instrumentals playing over the speakers, pretended to perform the song. That is a clear copyright infringement.”

He added, “A band should know better than to play the exact song and then act like you are performing it. It was not even a live performance, but a recorded performance. CNBLUE is claiming that it is not a copyright infringement because it is a problem with the broadcasting company and saying that they performed after completely trusting the broadcasting company, but that still makes the action intentional and negligent. After receiving CNBLUE’s sincere apology, Crying Nut raised the issue and filed the lawsuit, but even after five years have passed, CNBLUE still claimed no responsibility over the incident and places all liability on the broadcasting company. As a result, Crying Nut has had to undergo various problems, such as emotional distress and unfair treatment from the press.”

However, the prosecutor did not acknowledge any other of the financial damages that Crying Nut claimed, such as album promotions or concerts, saying that there was a lack of evidence.

Crying Nut filed a lawsuit in February 2013 claiming copyright infringement against CNBLUE for using their song in a broadcast and then profiting off of the sales of a DVD that contained that performance.

At that time, Crying Net said, “We gave them permission to use the song because they said that CNBLUE would sing and perform the song themselves. However, they lip-synced it and used the exact same track. Moreover, they took the DVD from that performance and sold it in Japan. We were shocked to see that DVD being sold in Japan.”

What are your thoughts on this lawsuit?

CNBLUE
Crying Nut
How does this article make you feel?