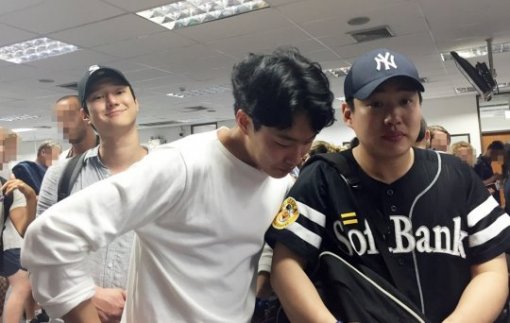 Here are some questions and answers that were a part of an interview on February 3.

– This is the first trip to Africa for “Youth Over Flowers.” Wasn’t it difficult?

“You could probably tell from our arrival photos at the airport, but we also camped and did other things that were different from our past trips. Every one of our trips is difficult. There wasn’t something that was especially difficult just because it’s in Namibia, Africa.”

– The stars went to the trip right after “Reply 1988” ended. This is the first time that actors in the same drama were “kidnapped” right after a wrap up of a project. This trip must’ve been that much more special, right?

“That’s right. They were so close with one another, probably because they shot a drama together. Since they’re young, they were actually full of energy.”

– Everyone who has been on “Youth Over Flowers” have been given a nickname for their image on the show. What kind of images did the actors portray for this trip?

– Perhaps they haven’t been able to step out of their characters yet.

“That’s not true. I think producer Shin Won Ho based the characters on the actors when he was auditioning cast members.”

– Lastly, can you tell us something special about “Youth Over Flowers” in Namibia, Africa?

Are you excited for the variety show?